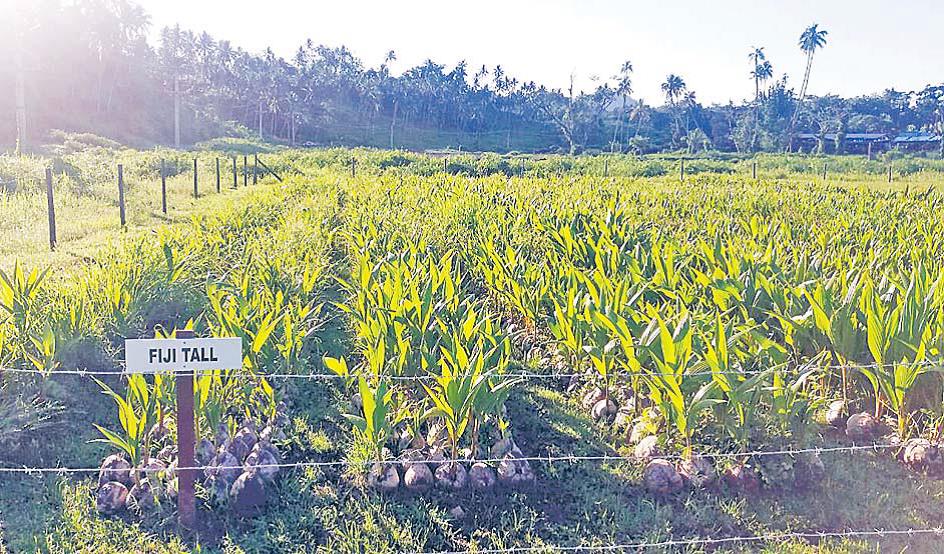 Coconut plants at a nursery in Savusavu prepared for interested farmers. Picture: SUPPLIED

THE price of crude oil in the world market remains a challenge for the local copra industry.

Copra Millers of Fiji Ltd board chairman Raj Sharma said 75 per cent of crude oil produced at the Savusavu factory was exported to Malaysia.

But what they used to get for $US1400 ($F2991)per metric tonnes of oil has now reduced to $US850 ($F1816). While addressing this issue, Mr Sharma said the team would now produce healthy edible oils for local markets. “So management has decided to go back to edible oil and focus on this with the local markets,” Mr Sharma said.

“We need to aggressively market our Fiji Virgin Coconut Oil (VCO) product which was launched last year and about 10 per cent of our coconut supply goes to VCO, but we have reduced that to 5 per cent.

“Then 25 per cent will be used for edible oil and 75 per cent to continue with the existing business.”

The edible oil, Mr Sharma said, would not be bleached like other normal process. “So generally, the edible oil being produced now locally is bleached, refined and then sold,” he said

“But we won’t do that. We will not bleach and change the process with machines at the cost of about $300,000, so we’re looking at healthy processes with edible oil.”