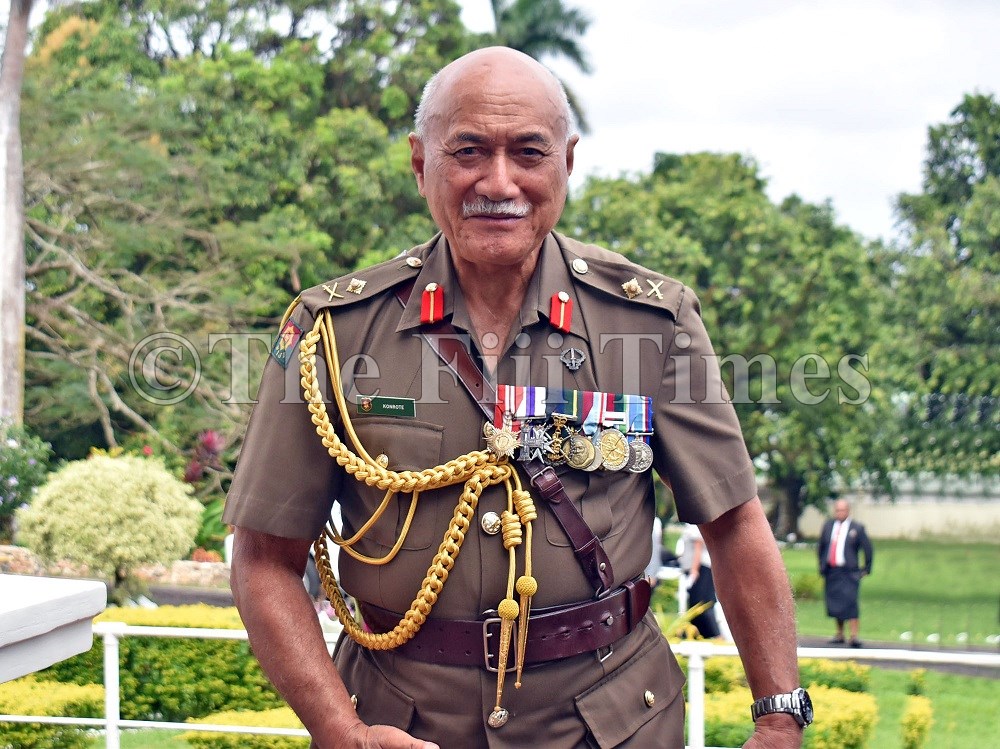 President Jioji Konrote during his inauguration as the Honorary Colonel of the Regiment of the First Battalion, Fiji Infantry Regiment (1FIR) at the State House in Suva yesterday. Picture: JONACANI LALAKOBAU

President Jioji Konrote was inaugurated as the Honorary Colonel of the Regiment of the First Battalion, Fiji Infantry Regiment (1FIR) yesterday.

This means the retired Major General is the ceremonial head of the 1FIR (1st battalion) based in the Golan Heights and Iraq.

However, journalists were not able to cover the traditional ceremony of “veiqaraqaravi vakavanua” where Mr Konrote addressed military and naval officers.

The Office of the President strictly monitored the movement of journalists within the State House, as they were prohibited from conducting interviews.

He reminded the RFMF to seek divine intervention in order to make right and wise decisions.

“Immense changes are happening within the military,” Maj Tuwere said.

“So, we need God to be the light and compass so to keep the military on the straight path.

“God is the only light that could shine some sense of wisdom and right decision-making within the military.”