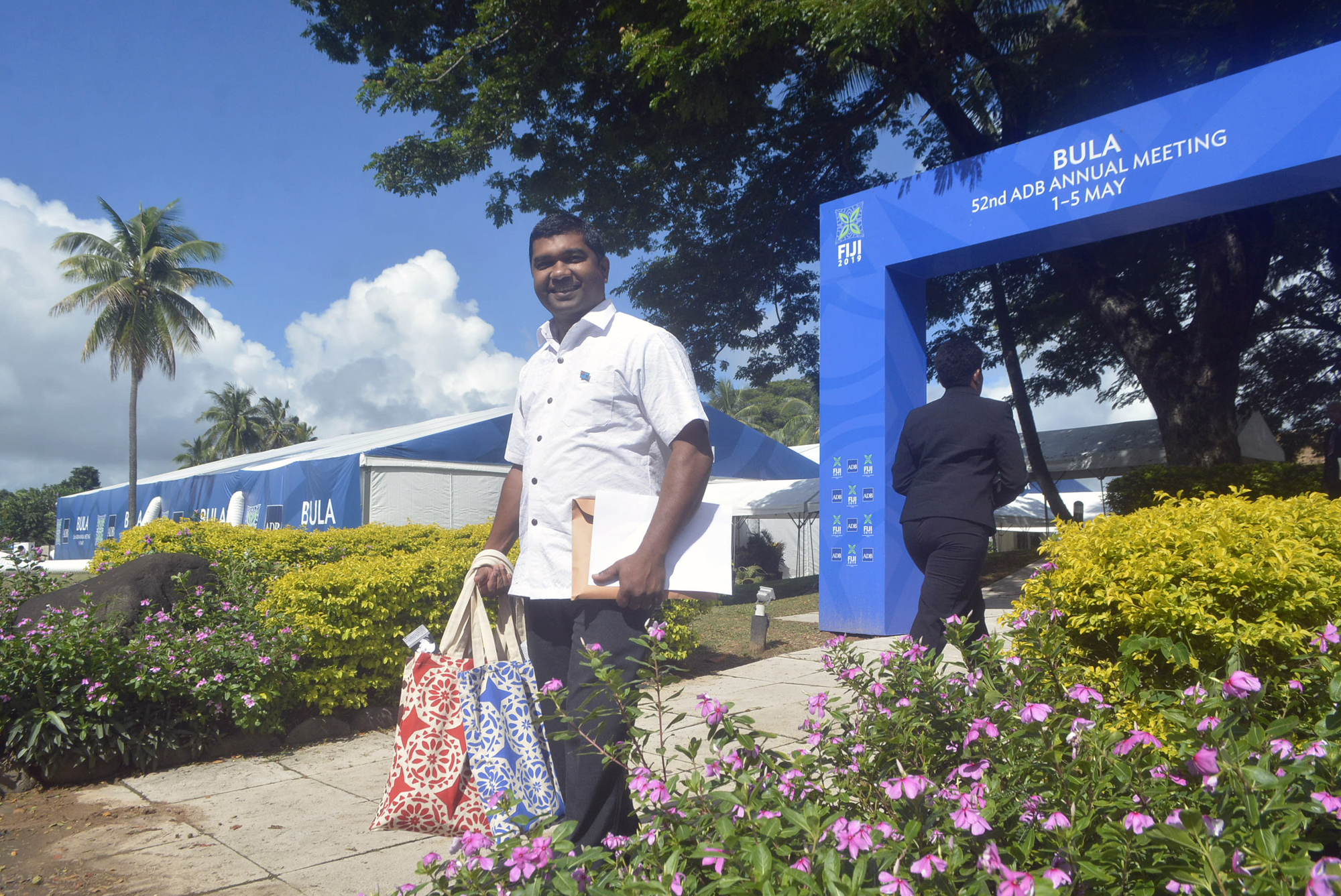 Liaison Officer for Bangladesh Edwin Pratap at the venue of the 52nd ADB Annual Meeting at Denarau in Nadi. Picture: REINAL CHAND

PREPARATIONS for the biggest event to be hosted by Fiji –– the 52nd annual meeting of the Asian Development Bank(ADB) –– are in its final stages.

More than 3000 delegates from more than 60 countries have already started arriving for the five-day meeting which begins tomorrow.

The Fiji Police Force is part of the multi-agency co-ordination centre which will be headquartered at Port Denarau Marina. Chief operations officer Assistant Commissioner of Police Maretino Qiolevu said more than 400 policemen and women would be involved in security during the forum.

He said operations would cover both land and maritime surveillance with all the capabilities deployed for the entire duration of the meetings.