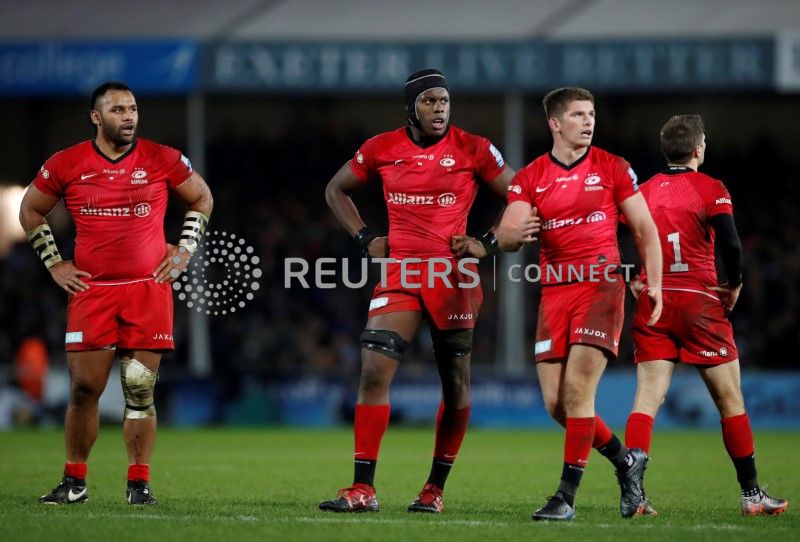 (Reuters) – Saracens are to be relegated from English rugby’s top division at the end of the season for breaching salary cap rules, Premiership Rugby announced on Saturday.

Saracens, who had already accepted an initial 35-point deduction, are bottom of the 12-team Premiership table with -7 points despite winning six of their eight games and bagging four bonus points.

British media reports had said on Friday that Saracens were to receive a further 35 point deduction and that the club were accepting of the decision.

They were initially sanctioned for breaking the 7-million-pound salary cap for three consecutive seasons during which they won the title twice.

“Premiership Rugby is prepared to take strong action to enforce the regulations governing fair competition between our clubs,” Darren Childs, chief executive of Premiership Rugby, said in a statement.

“At the conclusion of dialogue with Saracens about their compliance with the Salary Cap Regulations, it has been decided that Saracens will be relegated at the end of this season.”