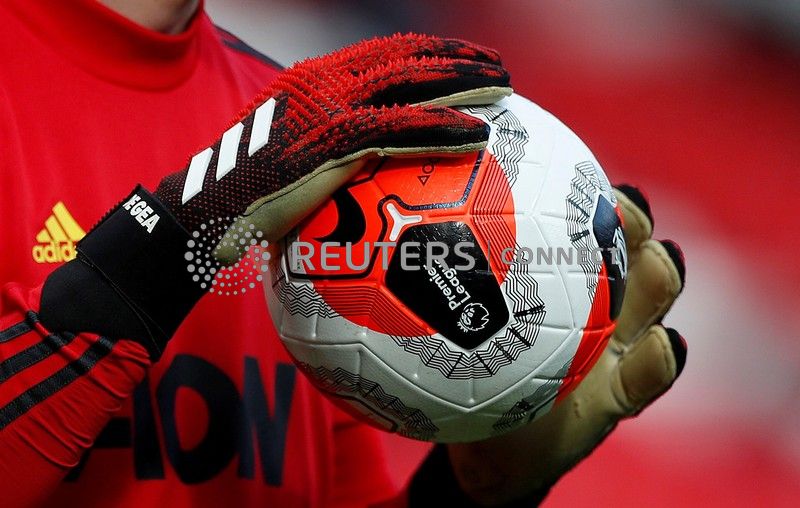 The Premier League said on Tuesday that six people from three different clubs had tested positive for COVID-19 out of a sample of 748 individuals.

The novel coronavirus tests were taken on Sunday and Monday ahead of the return to small group training.

“Players or club staff who have tested positive will now self-isolate for a period of seven days,” the league said in a statement.

“The Premier League is providing this aggregated information for the purposes of competition integrity and transparency.

“No specific details as to clubs or individuals will be provided by the League and results will be made public in this way after each round of testing.”

Watford later announced that three people, including one player had tested positive for the virus and all three would self-isolate for seven days in line with Premier League guidelines.

Burnley said that their assistant coach Ian Woan was among those to give a positive result after being tested on Sunday.

“In line with strict Premier League requirements and following a positive test, Ian will now self-isolate for a period of seven days, with a view to being tested again week commencing Monday, May 25,” said Burnley’s statement.

“Ian is asymptomatic and is currently safe and well at home. He will remain in close communication with club personnel regarding his re-engagement in training once he is clear of the virus.”

On Monday, the Premier League voted to allow clubs to begin small group, non-contact training with some clubs returning on Tuesday.

The league will decide early next week when to allow contact training as it looks for a June restart to the season which was halted on March 13.

The Bundesliga returned 10 positives out of 1,700 tests, on May 4, ahead of its return to training.