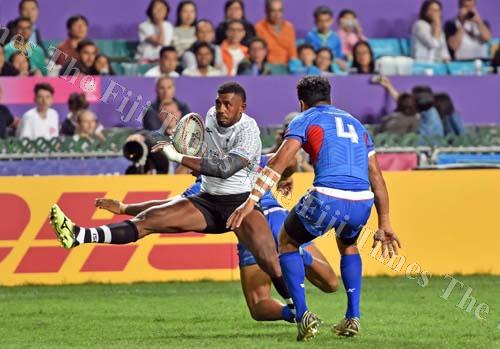 According to BBC Sport the club say the move, initially agreed in March, fell through “upon further examination of a pre-existing injury”.

The report goes on to say that the winger, 28, was due to join Richard Cockerill’s squad next month for pre-season training, but will now remain in the care of the Fiji Sevens medics.

“We’re obviously really disappointed that the deal won’t be going ahead,” said the Edinburgh head coach.

“We also really feel for the player himself as he was looking forward to joining us.However, it has been decided, in collaboration with the club’s medical staff, that this is the best course of action in relation to the player’s overall wellbeing,” Cockerill told BBC Sport.

Nasoko’s compatriot and fellow winger Eroni Sau is one of five players who will join the squad this summer.