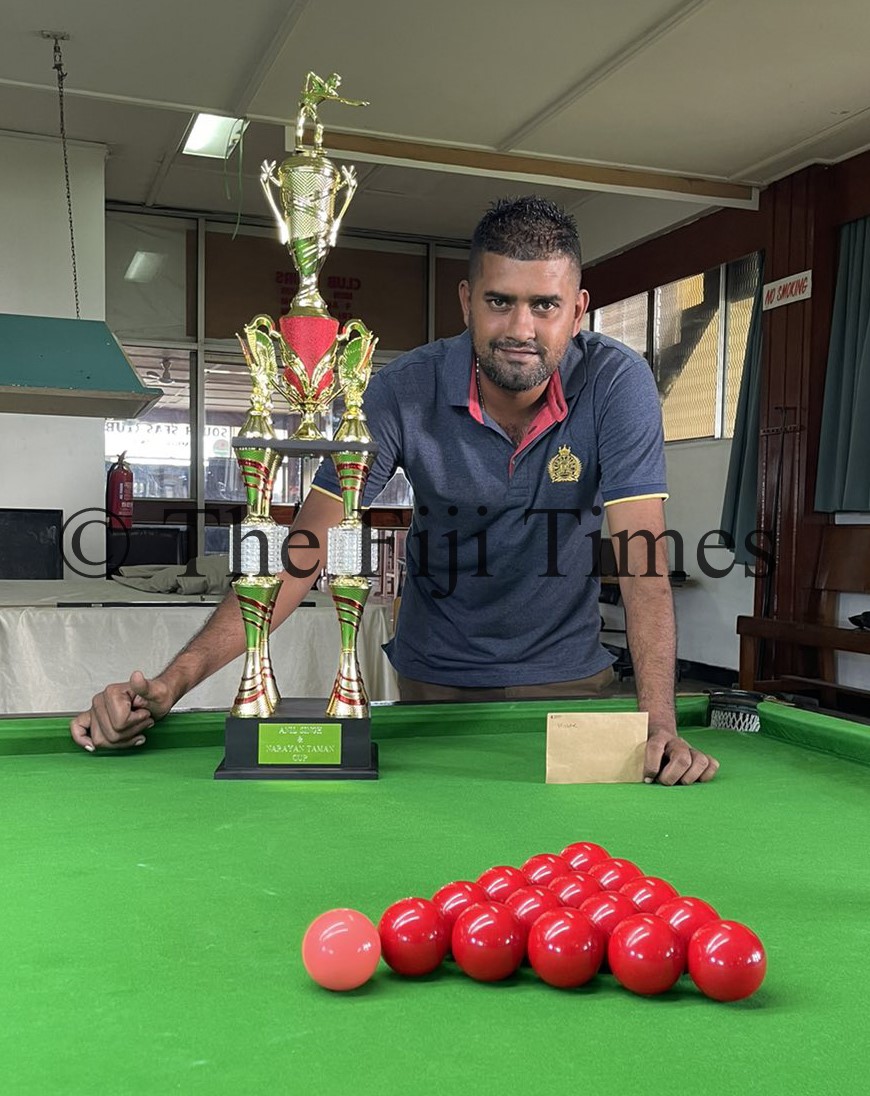 Vinesh Prasad made a brilliant bounce back to take out the South Seas Club Snooker Tournament sponsored by General Machinery for the Anil Singh and Narayan Taman Trophy.

The M Hanif Investments sales representative went down to giant-killer Abdul Zaved shockingly 2-0 in the opening match of the group stage but then reset his focus picking up his game.

Prasad, a former Fiji B Grade champion, defeated Pita Tevita 3-1 in the final.

Tevita surrendered in the fifth frame after Prasad made a brilliant highest break of 33 points.

In the semi-finals, Tevita was down 2-0 against Zaved but came back to win 3-2.

Prasad said he had to sacrifice his family time during the Easter long weekend to participate in the tournament.

He said the sacrifice paid dividends by winning the tournament.

“This win is dedicated to my two young daughters, Anishka and Nidhi,” Prasad said.

“It has been a long time that I have tasted victory in a major tournament. My sponsor and coach Philip Gock was by my side.

“I will be participating in the upcoming National Ranking Championship in Suva later this month.”

Sami said the tournament was a success.

He said the sponsor had agreed to make the tournament an annual event.

“Two of the South Seas Club members, Zaved and Pita reached the final meaning the standard of snooker at the club is gradually on the way up,” Sami said.

“The members are showing more interest in the sport and are practising regularly.”

Sami said more bigger tournaments would be held this year.