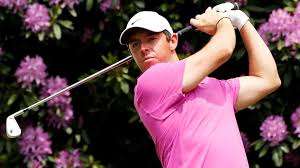 FILE PHOTO: ON THIS DAY -- May 27 May 27, 2018 GOLF - Northern Ireland's Rory McIlroy in action during the final round of the BMW PGA Championship at Wentworth Club. Action Images via Reuters/Paul Childs/File Photo

(Reuters) – World number one Rory McIlroy believes the Ryder Cup is unlikely to take place this year and postponing the biennial match play event to 2021 due to the COVID-19 pandemic would be the right call to make.

The golf calendar has been decimated by the coronavirus outbreak, with three of the sport’s four majors rescheduled and the British Open cancelled.

The Ryder Cup is due to take place from Sept. 25-27 at Whistling Straits in Wisconsin but fans will almost certainly be asked not to attend.

“My personal hunch is that I don’t see how it is going to happen, so I do not think that it will happen,” McIlroy, 31, told BBC.

“I think the majority of players would like to see it pushed back until 2021 so that they can play in front of crowds and have the atmosphere that makes the Ryder Cup so special.

“The players are the ones that make the Ryder Cup. If they are not on board with it and don’t want to play then there is no Ryder Cup. I see it being pushed back until 2021 and, honestly, I think that will be the right call.”

McIlroy previously said the absence of spectators would ruin the spectacle of the Ryder Cup, while Team Europe captain Padraig Harrington admitted it would be for the greater good of the sport for the event to take place this year even with empty galleries.

Professional golf has been suspended since March but the PGA Tour is hoping to resume its season with the Charles Schwab Challenge in June.