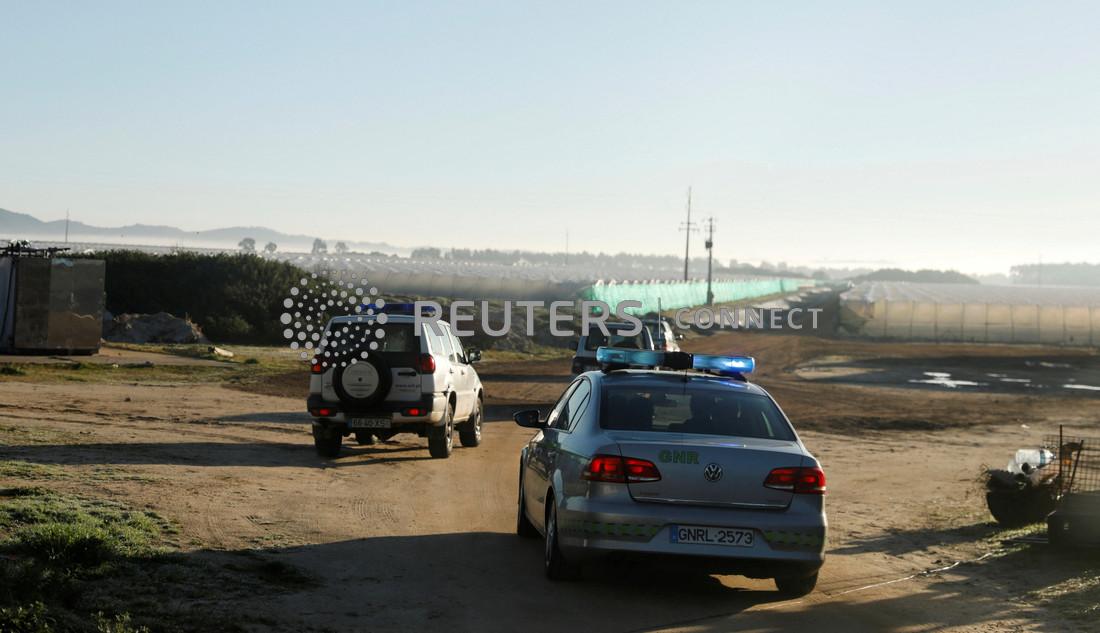 LISBON (Reuters) – Thirty-five people suspected of involvement in human trafficking have been arrested in a massive operation that mobilised around 400 officers in Portugal’s southern Alentejo region, Portuguese police said on Wednesday.

A total of 65 raids were carried out, resulting in the arrest of alleged members of a human trafficking ring that illegally brought migrants to work in Alentejo’s farms, criminal police agency PJ said in a statement.

The suspects, aged 22 to 58, were both Portuguese and foreign nationals, PJ said, and the victims were from countries including Romania, Moldova, India, Senegal, Pakistan, Morocco and Algeria.

The operation was initially reported by CNN Portugal and later confirmed by the police.

The suspects were “heavily indicted for crimes of criminal association, human trafficking, money laundering, forgery of documents, among others”, police said.

Public prosecutors confirmed the raids but did not provide any further details as the investigation is under judicial secrecy.

Portuguese investigators previously said typical victims are impoverished migrants brought to Portugal by trafficking rings with the promise of a job. However, once put to work, their identity documents are often confiscated and their pay withheld, with many packed into grim, common living quarters with few amenities.

Labour trafficking has risen as Portugal’s native population has aged and declined amid falling birth rates and emigration to more prosperous northern EU countries. Another factor has been depopulation of the rural interior.

The Council of Europe said in June this year that Portuguese authorities identified 1,152 presumed victims of trafficking in 2016-2020, most of whom were exploited in the agricultural sector.

The number of investigations, prosecutions and convictions remained low compared to the number of identified victims, said the Council of Europe.