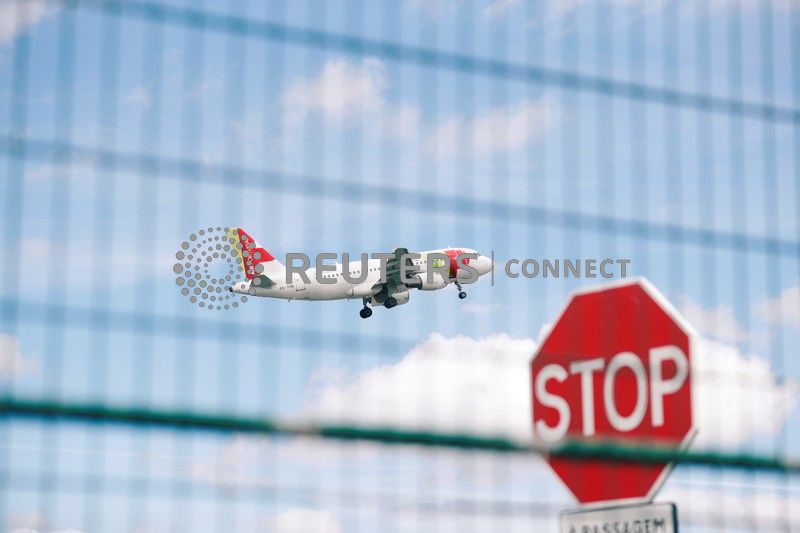 LISBON (Reuters) – Striking fuel-tanker drivers in Portugal have agreed to provide essential supplies to emergency services such as hospitals and airports, the government said on Wednesday, but the strike continued, worsening fuel shortages in cities and towns across the country.

Portugal declared an energy crisis on Tuesday night after the strike forced it to order striking workers to get back on the road immediately as airports resorted to emergency reserves, forcing at least one flight to be cancelled.

Airports in Lisbon and Faro, the country’s two biggest tourist hubs, have been running low on fuel supplies, and long queues of motorists have formed outside thousands of petrol stations across the country.

But the airport in Porto, another popular tourist spot, is coping as its fuel arrives through a pipeline, Portuguese news agency Lusa said.

The government said in a statement that representatives from the National Union of Dangerous Goods Drivers had agreed to provide minimum services in talks held late on Tuesday.

“The aim of the meeting wasn’t to reach an agreement (on the strike). The aim was to define minimum services so the population doesn’t suffer as it has suffered in recent days,” said Gustavo Duarte, president of the National Association of Public Road Freight Conveyors, quoted by local newspaper ECO.

Under the minimum supply requirement laid down by government decree, drivers must supply fuel to 40 percent of gas stations in Portugal’s biggest cities, Lisbon and Porto.

The union already said workers won’t supply any more fuel than what is required by the decree.

Lusa also reported that the government has 15 soldiers ready to drive fuel trucks if needed.

The National Union of Dangerous Goods Drivers said the strike would continue until its demands are met.