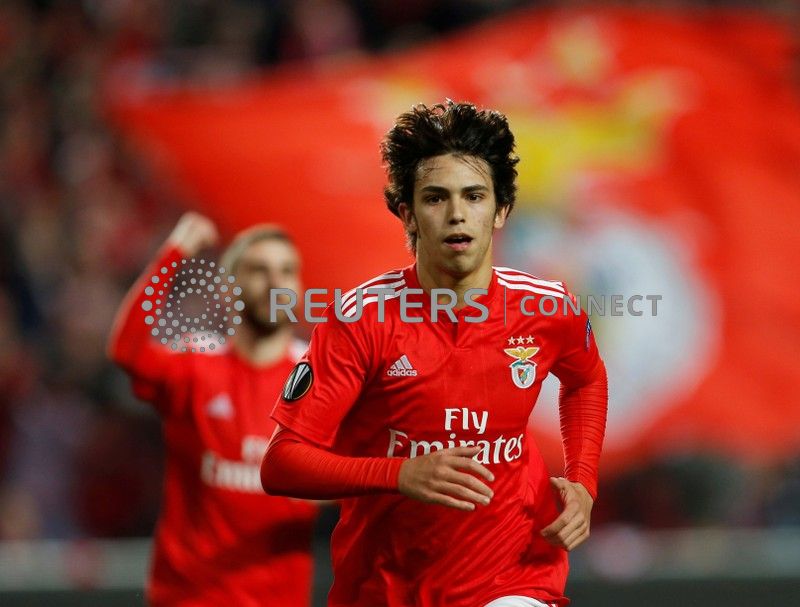 PORTO (Reuters) – Portugal are ready to unleash precocious teenager Joao Felix at the Nations League this week with coach Fernando Santos saying the 19-year-old has not been brought along just for the ride.

The Benfica forward has still to make his international debut but has had a remarkable first season in professional football with 20 goals and 11 assists for his club in 43 games in all competitions.

Many of them have been celebrated with his younger brother who is a ball boy at Benfica’s home matches.

His market value has rocketed to 31 million euros (27 million pounds),according to the specialist website Transfermarkt, and Benfica are already struggling to hold on to him with practically every major club in Europe having been reported at some point as showing interest in signing him.

Although he has a contract until June 2023, it has a 120 million euro release clause and, according to the rumour mill, there are plenty of clubs willing to pay up.

European champions Portugal face Switzerland in their Nations League semi-final on Wednesday and coach Fernando Santos said there was no reason why Joao Felix could not make his international debut.

The winners qualify for the final where they will meet either Netherlands or England who meet on Thursday in Guimaraes in the other semi-final.

“If he wasn’t ready to play, he wouldn’t be here,” Santos told reporters on Tuesday,

“Regardless of his age, we have seen what he is capable of and if he was called up, and is part of the 23-man squad and lots of other top quality players missed out, that means we are prepared to field him.”

Joao Felix was used only sparingly by Benfica at the start of the season but his fortune changed when coach Rui Vitoria was fired in January and replaced by Bruno Lage, who immediately gave him a run.

“One of the first things I decided was to give the lad a chance to play,” said Lage in an interview last month.

He quickly found that Joao Felix linked up well with Haris Seferovic, who is likely to lead the Swiss attack on Wednesday.

The high point was when he became the youngest player to score a Europa League hat-trick with three goals in the quarter-final first leg against Eintracht Frankfurt.

Should he play against the Swiss on Wednesday, Joao Felix will line up alongside Cristiano Ronaldo, a player 15 years his senior — who himself played for Portugal as a teenager when they hosted Euro 2004 and lost in the final to Greece.