Portugal PM’s party up in poll after teachers’ pay gamble 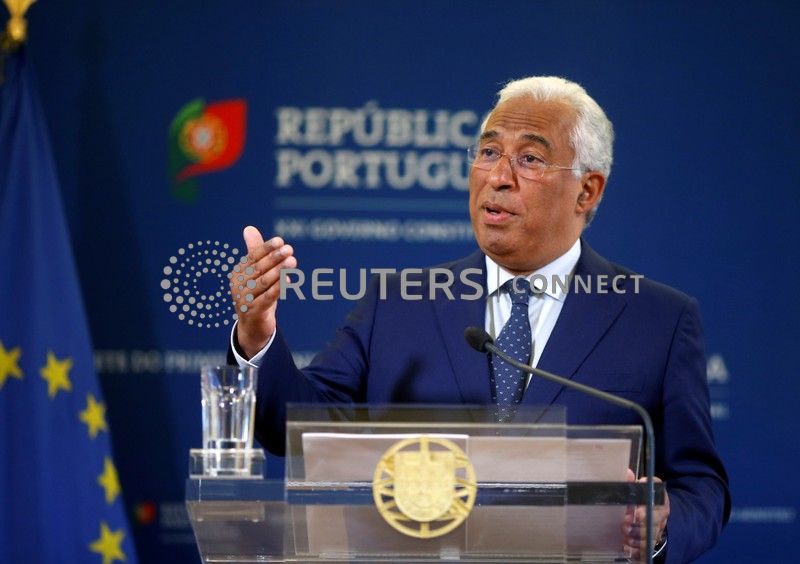 LISBON (Reuters) – Portugal’s ruling Socialists extended their lead in the first opinion poll after a mini-crisis over proposed retroactive pay rises for teachers, in which the government had threatened to quit if the increases were enacted.

The Iberian country will hold a general election on Oct. 6.

The survey by pollsters Aximage showed on Monday the Socialist Party of Prime Minister Antonio Costa at 35.4%, up from 34.6% a month earlier, while Costa was the only party leader whose popularity rose slightly.

Costa threatened to resign on May 3, citing concerns about the budget, after the two conservative parties joined forces with the far left in a parliament committee vote to approve pay rises for teachers that had been held back over nine years.

The conservatives had backtracked since, and on Friday, parliament rejected the proposed pay hikes, quelling the prospects of a crisis.

Now the poll shows the gamble played into Costa’s hands by reinforcing the image of fiscal responsibility.

Public sector wages were frozen during Portugal’s 2011-14 debt crisis and the government is concerned that big increases for one sector would prompt a flood of demands by all civil servants undermining its efforts to balance the budget.

The main opposition Social Democrats who accused Costa of creating an artificial crisis in what they said was politicking before the country’s general election in October, edged up 0.3 percentage points to 27.6% in the Aximage poll.

Their fellow conservative CDS-PP party, however, dropped sharply to 7.4% from 8.5%.

The Left Bloc and Communists, on whose support in parliament the minority government has relied for most of the legislature, stood on 7.9% and 7.2%, respectively, with the former dipping 0.6 percentage points and the latter edging 0.2 points higher.

Despite their strong lead, polls show the Socialists winning the October election without a parliament majority, which means they would again require either a similar alliance or a coalition partner to govern.

The Socialists have won praise from investors for nearly eliminating the budget deficit while combining economic growth with the reversal of various austerity measures. Still, the government has faced a wave of strikes by public sector workers to demand pay increases.