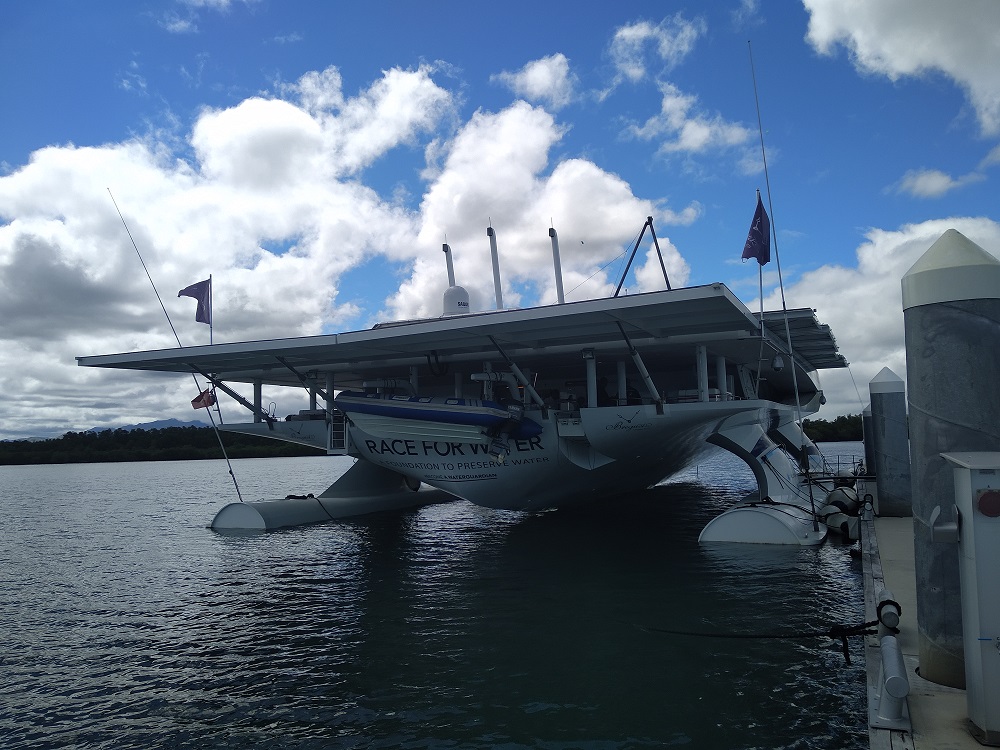 THE Race for Water Foundation’s Odyssey catamaran was officially welcomed into Fiji this morning at Port Denarau in Nadi.

The catamaran and it’s crew from the Race for Water Foundation is on a five year mission to raise awareness of marine plastic pollution and to offer land-based solutions to tackle the critical threat facing the world’s oceans.

Chief guest Minister for Fisheries Semi Koroilavesau said the Foundation’s mission was an important message especially for countries such as Fiji.

He said they looked forward to learning more from the Foundation during their almost two week stop over in Fiji.

The crew and staff will carry out workshops, beach clean ups and host school students during their stay.