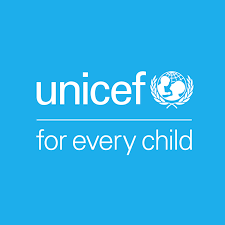 SUVA, 16 OCTOBER 2019 (UNICEF PACIFIC) – An alarmingly high number of children are suffering the consequences of poor diets and a food system that is failing them, UNICEF warned today in a new report on children, food and nutrition.

The State of the World’s Children 2019: Children, food and nutrition finds that globally, at least one in three children under five – or over 200 million – is either undernourished or overweight.

Almost two in three children between six months and two years of age are not fed food that supports their rapidly growing bodies and brains. This puts them at risk of poor brain development, weak learning outcomes, low immunity, increased infections and, in many cases, death.

UNICEF Pacific Representative, Sheldon Yett, said, “More children and young people are surviving, but far too few are thriving. Nutritious foods are important at every stage of a child’s life. Many children in the Pacific Islands are eating inadequate amounts of healthy foods while consuming too many processed foods. We must work together to ensure that children’s diets are nutritious, safe, affordable and sustainable.”

The report provides the most comprehensive assessment yet of 21st century child malnutrition in all its forms. It describes a triple burden of malnutrition: Undernutrition, hidden hunger caused by a lack of essential nutrients, and overweight among children, noting that:

*Several of the Pacific Island Countries have high prevalence of stunting in children under-5 years, including Nauru, the Republic of the Marshall Islands, Solomon Islands, Tuvalu and Vanuatu.

* Most of the Pacific Island Countries also have high rates of  overweight and obesity  among children over five years of age and adolescents, including in the Cook Islands, Federated States of Micronesia, Fiji, Kiribati, Niue, Nauru, Palau, Republic of Marshall Islands, Samoa, Solomon Islands, Tonga, and Tuvalu.

*In addition, there are high rates of anaemia among children under-5 and among 15-49 year old women in every country in the Pacific.

As children begin transitioning to soft or solid foods around the six-month mark, too many are introduced to the wrong kind of diet, according to the report.

“When children start eating soft, semi-solid or solid foods at six months old, they need nutritious and safe diets with a range of nutrients to grow well. If children do not have sufficient diverse and nutritious foods, the consequences can be devastating,” said Yett.

As children grow older, their exposure to unhealthy food becomes alarming, driven largely by inappropriate marketing and advertising, the abundance of ultra-processed foods, and increasing access to fast food and highly sweetened beverages.

The greatest burden of malnutrition in all its forms is shouldered by children and adolescents from the poorest and most marginalised communities, the report notes.

The report also notes that climate-related disasters cause severe food crises. This leads to losses in agriculture, dramatically altering what food is available to children and families, as well as the quality and price of that food.

To address this growing malnutrition crisis in all its forms, UNICEF is issuing an urgent appeal to governments, the private sector, donors, parents, families and businesses to help children grow healthy by:

* Empowering families, children and young people to demand nutritious food, including by improving nutrition education and using proven legislation – such as sugar taxes – to reduce demand for unhealthy foods.

*Driving food suppliers to do the right thing for children, by incentivising the provision of healthy, convenient and affordable foods.

*Building healthy food environments for children and adolescents by using proven approaches, such as accurate and easy-to-understand labelling and stronger controls on the marketing of unhealthy foods.

*Mobilising supportive systems – health, water and sanitation, education and social protection – to scale up nutrition results for all children.