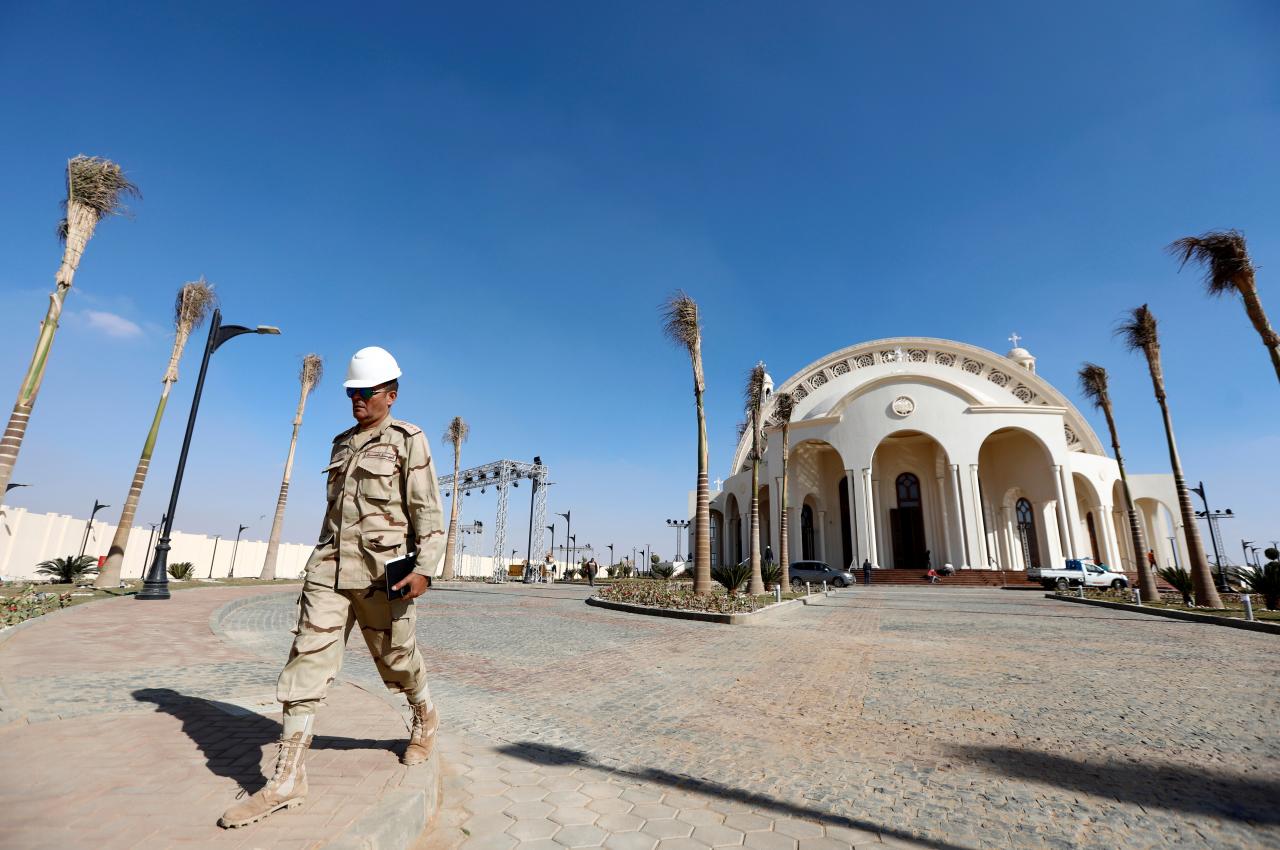 Borge Brende, President of World Economic Forum stands on a stage while U.S. Secretary of State Mike Pompeo is seen on screens as he addresses attendees via satellite, during the World Economic Forum (WEF) annual meeting in Davos, Switzerland, January 22, 2019. REUTERS/Arnd Wiegmann

DAVOS, Switzerland (Reuters) – U.S. Secretary of State Mike Pompeo said on Tuesday there remained “an awful lot of work to do” to achieve the denuclearization of North Korea but he anticipates further progress by the end of next month, when the U.S. and North Korean leaders are expected to meet for a second summit.

Pompeo, addressing the World Economic Forum in Davos via satellite link, said he believed by the end of February “we’ll have another good marker along the way” with North Korea.

“There remains an awful lot of work to do, but good things have happened already,” Pompeo said, referring to a freeze in North Korean nuclear and missile testing since 2017.

The announcement came during a visit to Washington by Kim’s chief nuclear envoy Kim Yong Chol.

Despite upbeat U.S. comments there has been no indication of any narrowing of differences over U.S. demands that North Korea abandon a nuclear weapons program that threatens the United States and Pyongyang’s demands for a lifting of punishing sanctions.

“They were able to discuss some of the complicated issues towards achieving what the two leaders laid out back last June in Singapore,” he said.

Pompeo said there had been “a little bit more progress” in discussions at the weekend in Stockholm, where Biegun met North Korean Vice Foreign Minister Choe Son Hui.

Washington has been keen to set up talks between Biegun and Choe but North Korea has resisted, apparently wanting to keep exchanges with the United States at high level.

Pompeo said he saw an important role for the private sector in helping to develop North Korea “if we can make a substantial step towards achieving denuclearization and create the right conditions.”

Pompeo said he knew the North Koreans understood the need for a private sector role, “whether that’s power for the people of the country, whether it’s to install the infrastructure that is so desperately needed.”

“If we’re able to achieve that full denuclearization that I know the entire world wants, the private sector will be an important player in achieving the final elements of the agreement as well,” he said without elaborating.