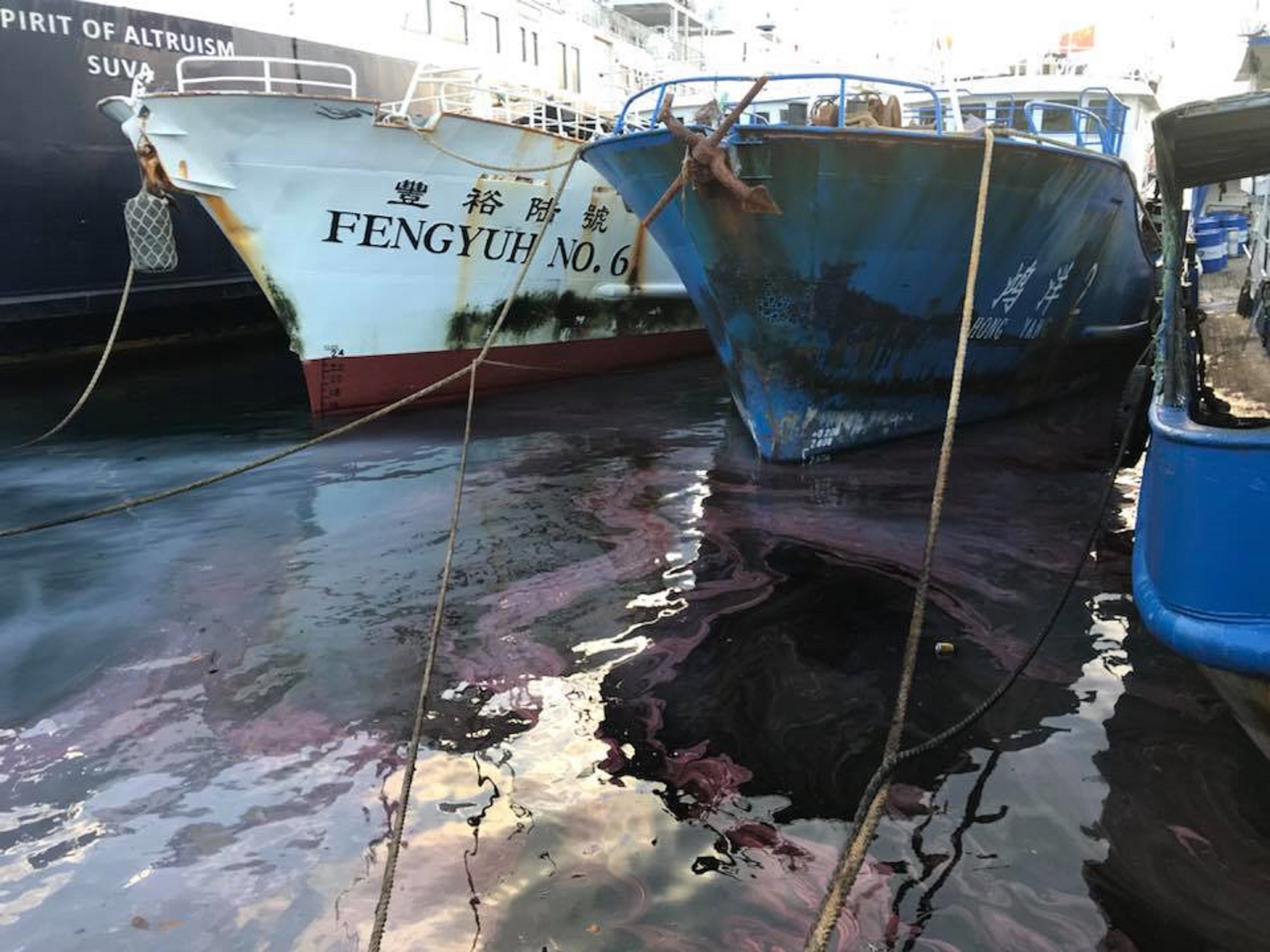 The scene at Suva port, posted on the weekend on social media. Picture: Facebook/Andrew Campbell

A FOREIGN fishing vessel has been fined $20,000 for breaching the Sea Ports Management Regulations 2008 after it was caught pumping out oil into the sea. This was confirmed by the Fiji Ports Corporation Limited yesterday. Responding to queries from this newspaper, FPCL confirmed in a statement that the incident took place at Fiji Ships and Heavy Industries Limited’s dock and repair berth last Saturday.

FPCL said the clearance for the vessel to leave the harbour would be granted once the fine was paid.

“The Fiji Ports Corporation Limited (FPCL) is reminding members of the public and all port users that it does not and will not condone any form of pollution within the waters of the Port,” FPCL said in a statement.

“Concerned public and our pollution team investigation and assessment have revealed that those in charge of the vessel had no knowledge of the offence and that it was a specific crew member’s negligence.”

FPCL urged members of the public to join its fight against sea pollution by reporting any form of contamination in the harbour.

University of the South Pacific dean for the Faculty of Science, Technology and Environment associate Professor Anjeela Jokhan said any oil spill or chemical that went into the ocean would not only affect the marine ecosystem, but the microscopic ones which were critical in maintaining the health of the ocean.