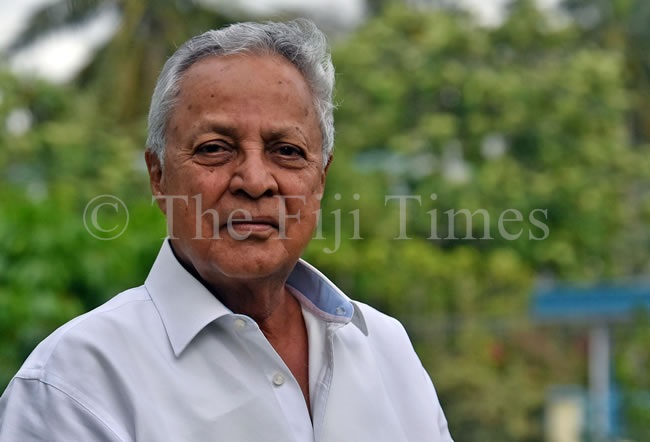 The Fiji Labour Party (FLP) and National Federation Party (NFP) also questioned the firm’s excuse that it was not familiar with Fijian labour laws and offered this as the reason it did not issue payslips or pay meal allowances and overtime.

FLP leader Mahendra Chaudhry claimed the company had the view they could be protected under “diplomatic immunity”.

Mr Chaudhry also called on the Construction, Energy and Timber Workers Union to continue fighting for the workers.

“It is ridiculous for the company to send 22 workers home because there was no work when everyone knows our pothole-filled roads are deteriorating daily and impassable in many places.

“On the face of truth staring at everyone, the company gives a kick to the guts of ordinary workers,” he said.

The Fiji Roads Authority has also criticised the company’s decision to send the workers home because “there is not much work to be done”.

CEO Jonathan Moore labelled the decision by China Railway No.5 “inappropriate”, adding the company should not send workers home when there was still work to be carried out.

“There is plenty of work.”

China Railway No.5 Engineering Group Fiji Limited human resources assistant Arieta Tavele said the workers contracts had not been renewed because there was “not much work to be done”.

She also said they needed to hire responsible workers.

The company operates four depots with more than 400 workers.

“There is no more recruiting to be done because we don’t have that much jobs to do,” Ms Tavele said.

China Railway No.5 Engineering Group Fiji Ltd entered into a contract with FRA to enhance the infrastructural services for people commuting between Suva City, Lami and Nausori urban centres and areas within the city.

This was part of the implementation of the Fiji Road Upgrading Project to enhance and maintain the national road network with infrastructure such as ports.

In July, the company had laid off more than 20 workers.

This newspaper had also sent queries to the FRA about the poor state of roads in Suva despite its huge allocation in the national budget.