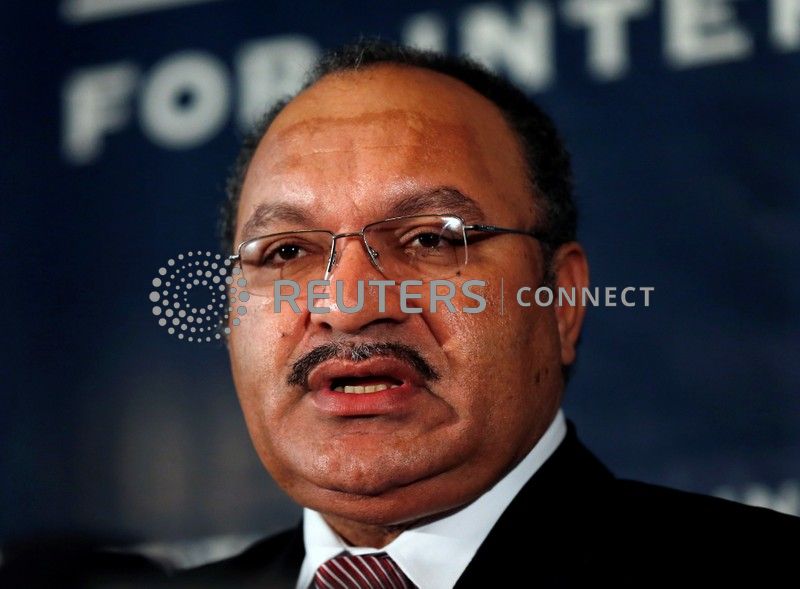 SYDNEY/MELBOURNE (Reuters) – Political turmoil in Papua New Guinea threatened to delay a $13 billion plan to double the country’s gas exports, sending shares in one of the project’s partners, Oil Search Ltd, down nearly 4% on Monday.

PNG Prime Minister Peter O’Neill said on Sunday he would resign after weeks of high-level defections from the ruling party. Sir Julius Chan, twice a former premier, would take over as the government’s leader, O’Neill said.

Political instability is not unusual in Papua New Guinea and has not held back mining and energy investments in the resource-rich country, however, protests over benefits failing to reach rural areas have dogged the government and project owners.

It was not clear whether Chan could command a majority in parliament when it resumes on Tuesday.

“We will not choose him. It’s a really bad choice,” opposition lawmaker Allan Bird told Reuters in a text message.

“We want a complete break from O’Neill (and) Chan is just a proxy for O’Neill,” he said.

Chan said on Monday he had been approached by both the government and the opposition to take the role.

“This is not a position I am seeking,” he said in a statement. “However, I love Papua New Guinea, and there is a desperate need right now to unite the country … and to make the wealth of this country work to the benefit of the people of this country.”

O’Neill had resisted calls to resign for weeks but his opponents said on Friday they had rallied enough support in parliament to oust him over a range of grievances, including a gas deal agreed in April with France’s Total SA.

The deal with Total set the terms for developing the Elk and Antelope gas fields, which will feed two new liquefied natural gas (LNG) production units at the PNG LNG plant, run by ExxonMobil Corp.

At the same time, ExxonMobil and its partners are planning to build a third new unit at the PNG plant, to be partly fed by another new gas field, P’nyang.

Credit Suisse analyst Saul Kavonic said the political upheaval could put pressure on the government to negotiate tough terms for the P’nyang gas agreement, which is yet to be finalised, and affect talks on development costs.

“Both these factors heighten the risk of delay,” he said in a note to clients.

Any delays in the P’nyang agreement could hold up a final investment decision on the PNG LNG expansion, which is set to double the plant’s capacity to 16 million tonnes a year.

The uncertainty sent shares in Oil Search, a partner in PNG LNG and Papua LNG, down as much as 3.9% in early trading on Monday. Energy stocks rose 0.6%.

ExxonMobil and its partners had hoped to begin basic engineering planning for the expansion by mid-2019 and make a final investment decision in 2020.

They are racing against projects in Mozambique, Qatar, North America and Australia to produce LNG from the expansion by 2024 to fill an expected gap in the global LNG market. ExxonMobil and Total both have LNG projects elsewhere that could take priority if PNG politics delays them, Kavonic said.

RBC analyst Ben Wilson said he did not think a final investment decision in 2020 was at risk yet and played down the threat that the PNG opposition would seek to renegotiate the LNG agreement.

“Sanctity of contract is critical to ongoing investment in PNG and to the success of future potential sovereign bond issuances,” Wilson said.

Total and Oil Search representatives were not immediately available to comment.