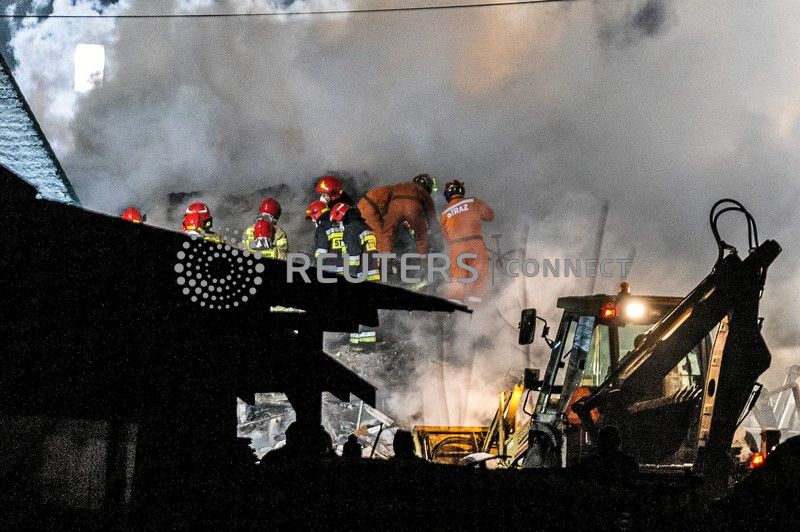 (Reuters) – Eight people were killed when a three-story building in the southern Polish ski resort of Szczyrk collapsed on Wednesday following a gas explosion, local authorities said on Thursday.

The bodies of four children and four adults, most likely from two families, have been found in the rubble, authorities said.

Roughly 200 people, including fire fighters and police, took part in the rescue efforts. The search operation would be scaled down on Thursday, officials said, with heavy machinery brought in to sift through the rubble. It was not expected that more victims would be found.

“It is a very difficult operation. I don’t remember such a high number of casualities in a gas explosion,” Jacek Kleszczewski, a regional fire fighters’ chief, said.

A local gas utility said the explosion was likely caused by a hole drilled into an installation.