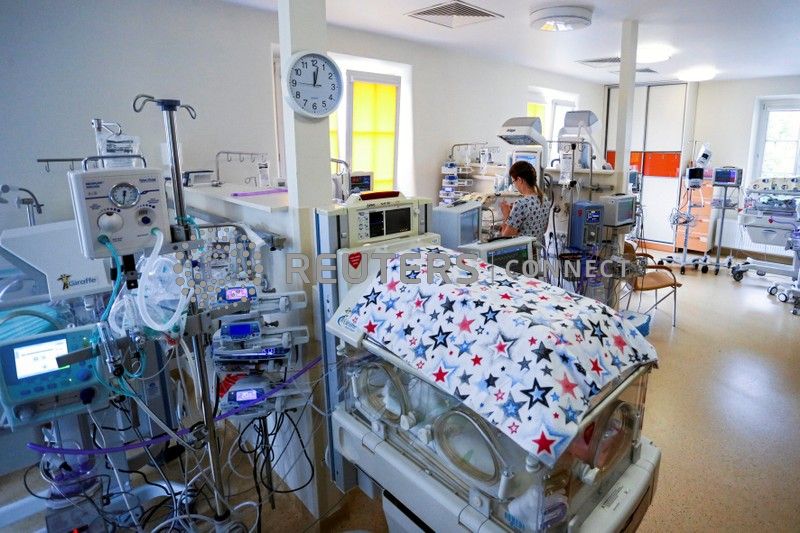 A nurse checks an incubator at the University Hospital in Krakow, Poland, 21 May 2019. Polish woman gave birth to four baby girls and two boys on Monday, the first sextuplets to be born in Poland. Agencja Gazeta/Adrianna Bochenek/via REUTERS

WARSAW (Reuters) – Poland’s first sextuplets on record, two boys and four girls, were born in the southern city of Krakow on Monday to the surprise of parents and doctors who had expected five babies.

“Imagine this: we were prepared from early in the morning to help deliver five tiny citizens. So we are in the operating room, there are five teams of doctors ready to take care of five children”, Ryszard Lauterbach, head of Clinical Neonatology at the University Hospital in Krakow said.

“They are being delivered one after another until all five places were occupied. And then all of a sudden it turns out there’s another one waiting in there.”

He said the children, born at 29 weeks, were in “surprisingly good condition” for sextuplets, but they showed symptoms of immaturity of the respiratory system and the central nervous system that were typical for premature babies.

Doctors said they hoped the babies would be able to go home when they were between 2-1/2 to three months old.

“We have already made some preparation at home with five children in mind so now we’ll have to rearrange things a bit,” said the children’s mother Klaudia Marzec.

She said the babies would be named Filip, Tymon, Zofia, Kaja, Nela and Malwina.

Their father, Szymon Marzec, told a news conference at the hospital on Tuesday that he would soon introduce their first son Oliwier, a toddler, to his new siblings.