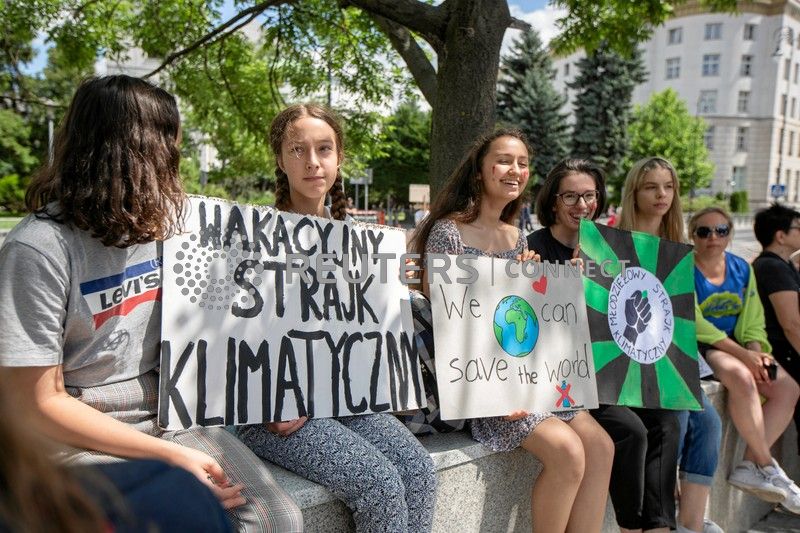 WARSAW (Reuters) – A teenager started her summer holidays by campaigning in front of Poland’s parliament on Friday in a bid to get politicians to act on climate change before an election later this year.

Thirteen-year-old Inga Zasowska takes her inspiration from Swedish schoolgirl Greta Thunberg’s weekly school strikes, and plans to follow in her footsteps by sitting outside parliament every Friday in July urging lawmakers to act on global warming.

“At least in this one situation, politicians should unite and together take decisive action with the aim of cutting greenhouse gas emissions,” Zasowska told journalists, flanked by supporters carrying banners.

“I don’t want empty words during the election campaign, I want real action from politicians — now, at this moment! This is the last moment to stop the climate catastrophe!”

The Polish government came in for criticism from environmental groups this month when, along with the Czech Republic and Hungary it resisted a push by most European Union nations for the bloc to go carbon-neutral by 2050. The goal was relegated to a footnote.