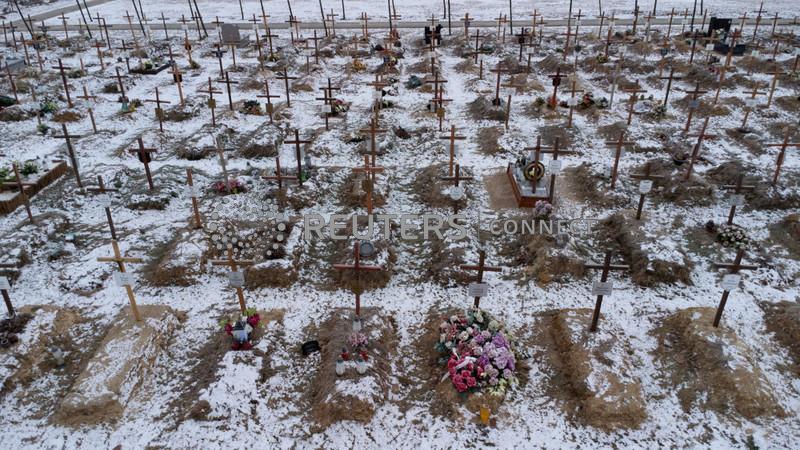 WARSAW (Reuters) – Thirteen of the 17 members of Poland’s Medical Council advising the prime minister on COVID-19 resigned on Friday, condemning what they said was a lack of scientific influence on policy.

Even with one of the world’s highest per capita death rates, Poland has introduced much more limited measures than many European countries to curb the spread of the coronavirus during the latest wave of infections.

“The discrepancy between scientific and medical rationale and practice has become especially glaring in the context of the very limited efforts in the face of the autumn wave and then the threat of the Omicron variant, despite the enormous number of deaths expected,” the 13 council members said in a statement to Reuters, confirming a report by the PAP state news agency.

Poland’s government said it often had to deal with opposing opinions from various bodies, not just those of the advisers.

“It is the role of government to make decisions on the basis of the differing views of experts – the Medical Council, economists, experts from other areas affected by the epidemic,” the government said in a statement.

It said the council’s ways of functioning would change, without elaborating.

Poland has vaccinated 56.4% of the population, well below the level of the European Union as a whole and vaccine hesitancy is widespread, particularly in the conservative rural areas that form the government’s heartland.

Enforcement of the limited restrictions in place, such as wearing masks in enclosed spaces or limits on numbers in bars and restaurants, is very lax.

The total number of COVID-19 deaths surpassed 100,000 this week, with doctors blaming the low vaccination rate and a reluctance to follow regulations.

“We observed a growing tolerance of the behaviour of people who deny the risk posed by COVID-19 and the importance of vaccinations in the fight against the pandemic, which was also reflected in the statements of members of the government or officials,” the resigning council members wrote.

While ministers have repeatedly called on Poles to get vaccinated, the recent refusal of the government to fire an education official who called vaccinations an “experiment” was widely condemned by doctors.