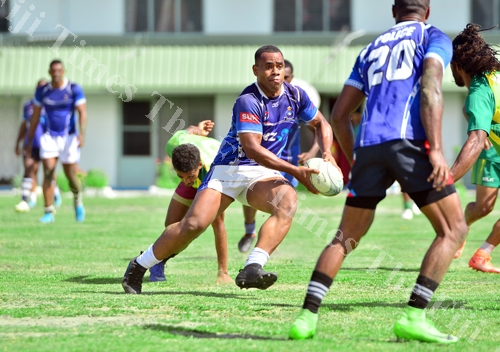 THE Fiji Police Force rugby teams will be out to win the Raka 7s tournament which will be held this weekend at the ANZ Stadium in Suva.

Team manager sergeant Suliano Tevita said a few of the team members had just recovered from the Sukuna Bowl challenge and were unable to play again for the sevens team.

“We just managed to get the team together this week as we had been busy during the Sukuna Bowl preparation,” Tevita said.

“Our teams are made up of our development players and a few from the Sukuna Bowl team such as Kini Douglas and Livai Ikanikoda,” said Tevita.

“The two teams are gunning to come out victorious in this year’s tournament after Police Blue lost in the semi-finals and Police White lost in the quarter-finals last year.

“We have two teams because we have a lot of rugby talent in the force and we would like to use the talent they have well.”

Tevita said the supporters and the Fiji Police Force family should expect a good performance from the two teams.