Police liaise with military on claims of alleged civil unrest 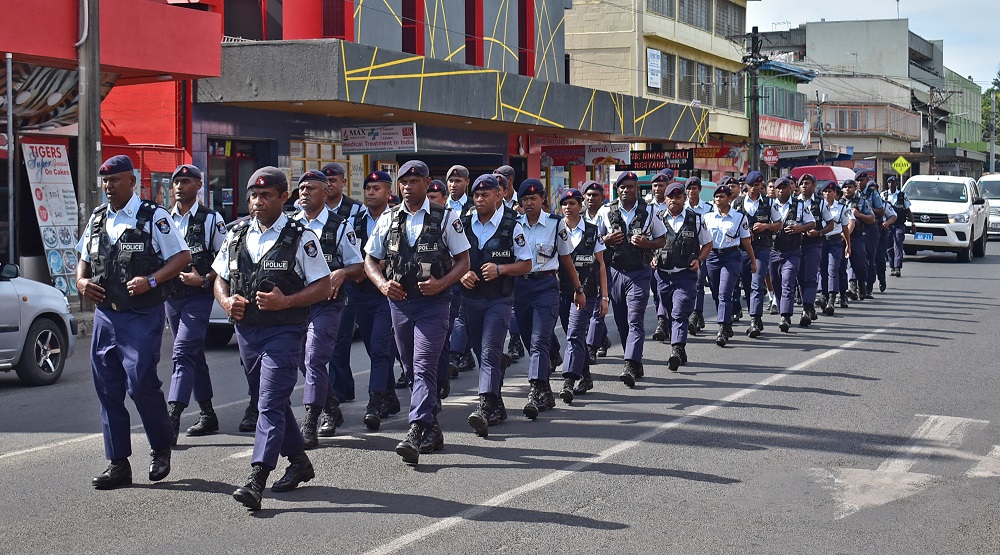 POLICE are liaising closely with the Republic of Fiji Military Forces to ensure national security remains at the forefront in response to what it claims is a rumour of an alleged civil unrest event tomorrow.

Police spokeswoman Ana Naisoro said a march through Lautoka City yesterday morning by about 50 police officers had nothing to do with the alleged civil unrest rumour.

“In terms of that (the alleged rumour), Acting Commissioner of Police Rusiate Tudravu has said that police is liaising closely with the military in terms of the issue of public safety,” Ms Naisoro said.

“The march through Lautoka had nothing to do with that (alleged civil unrest plan), it was just part of an operational readiness check that we are doing across the country.

“This is just to check on equipment and to refine drills as we head into the festive season.

“If there are any equipment issues that need to be addressed, the operational readiness check will help us identify that.

“There is no link between the march and the rumour of unrest.”

The police officers, accompanied by policemen on motorcycles and in patrol vehicles convened at Nadovu Park, Lautoka, before marching through the central business district area.