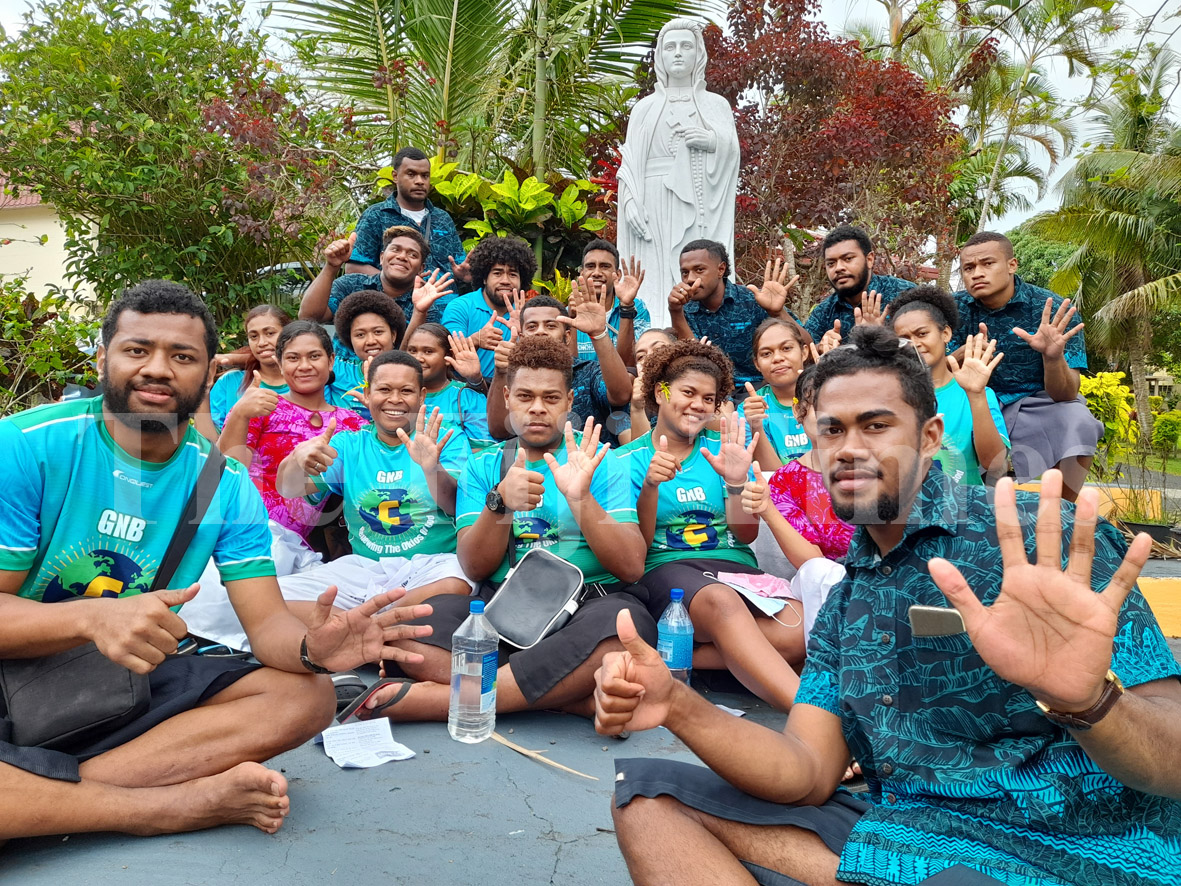 Catholic Youths pose for a picture in Suva and expressing their support for the global 1.5 Stay Alive campaign as part of the COP26 climate conference in Glasgow. The Youths were part of the COP 26 march for creation in Suva. Picture: SOPHIE RALULU

The youths were told to remove banners which expressed their solidarity with Prime Minister Voreqe Bainimarama and his team at the COP26 in Glasgow, Scotland.

Organiser Atalemo Cakaudrove said the march coincided with the church’s Season of Creation and the global COP26 conference.

“It was aimed at giving an opportunity for our Catholic youths to rally behind the prime minister and his contingency who are currently attending the COP26 meeting,” he said.

“Sadly the march had to be called off due to a misunderstanding.

“We had received a permit from the Suva City Council to use the footpath at the Nasese sea wall for our march but we take this as a learning opportunity for future events.”

Police spokeswoman Ana Naisoro said no application had been made to police with regards to a march yesterday morning and, as such, no permit had been granted.

“This was relayed to the senior church members present in that any permit for a march in public is issued by police in consultation with FRA (Fiji Roads Authority) and the respective municipal council which in this case did not happen as no application was lodged with police,” she said.