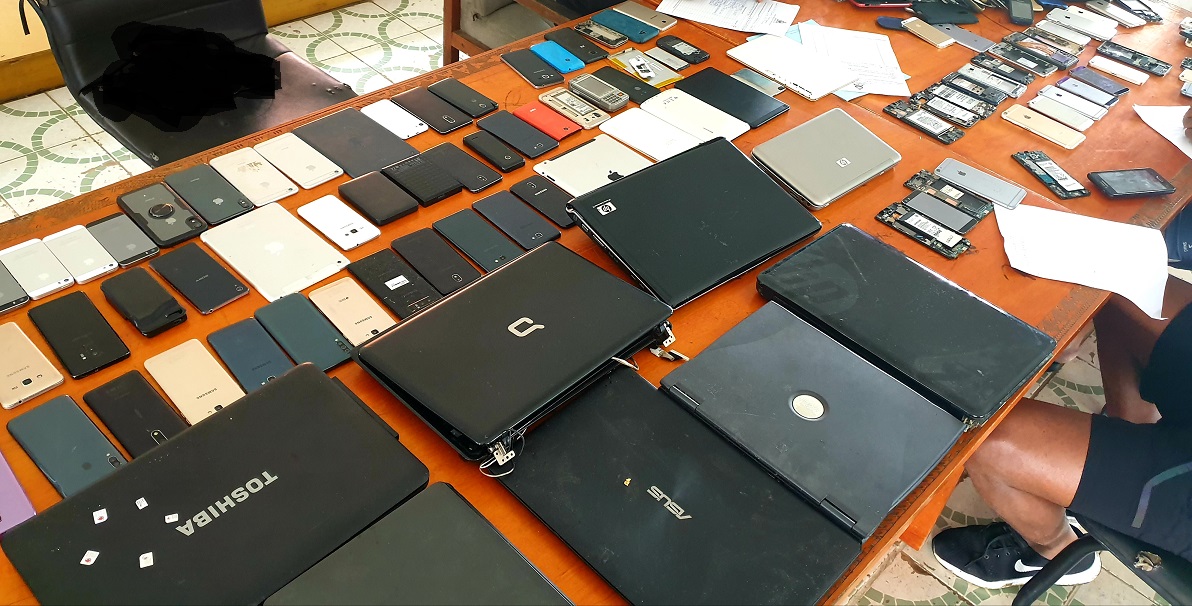 More than 50 mobile phones, laptops, tablets and hard drives believed to have been stolen and were to be resold online were seized by Police today.

Police spokesperson Ana Naisoro said a raid conducted by the Southern Division Taskforce in Nakasi  resulted in the arrest of a suspect who is alleged to be the receiver of the stolen items.

“The suspect in his 30s was arrested at his home at Valili Street in Nakasi where he also operates a shop,” Ms Naisoro said.

She said investigators need assistance in identifying the seized items and is requested to call the following numbers 8990540 or 8950 864.