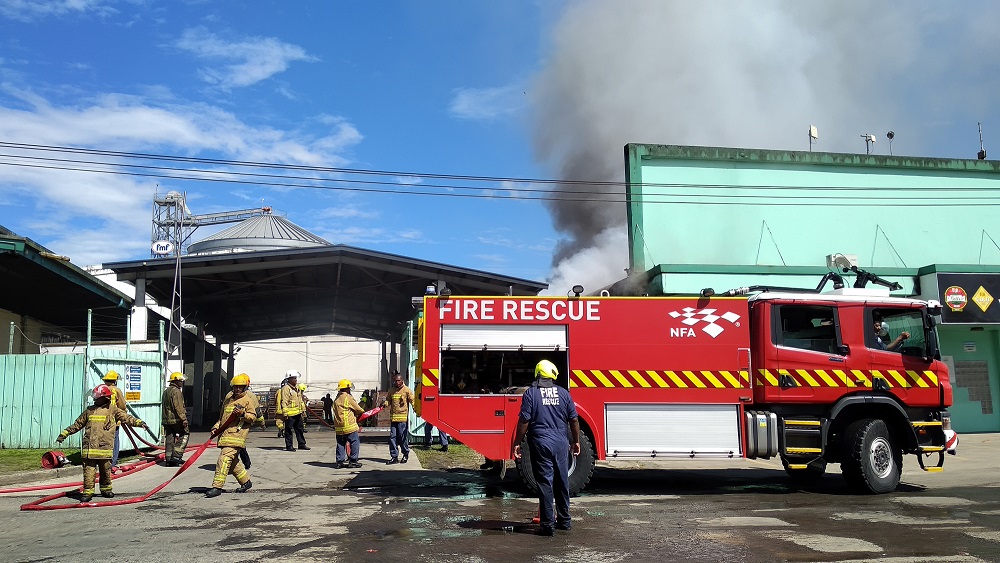 Firefighters attend to the fire at the South Pacific Beverages factory in Walu Bay, Suva on Tuesday, November 27, 2018. Picture: RAMA

MOTORISTS are being advised that Police officers will be redirecting traffic from the Walu Bay and Reservoir Road roundabouts at this hour.

Police spokesperson Ana Naisoro said this was because of efforts in trying to contain the fire at the South Pacific Beverages factory in Walu Bay.

“Officers from the National Fire Authority and from the Totogo Police Station are currently at the scene,” Ms Naisoro said.

“Members of the public are requested to be patient and cooperate with officers on the ground,” she said.

Meanwhile, company manager Mike Spencer said the circumstance surrounding the cause of the fire was not clear at this stage.

Mr Spencer said the building that was on fire was the office storeroom.

He also confirmed that all the staff were safe.