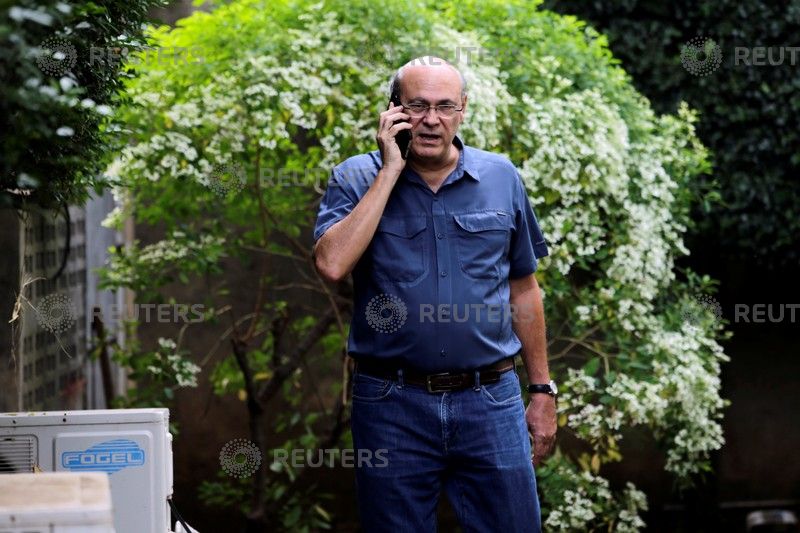 Journalist Carlos Fernando Chamorro, critic of the government of President Daniel Ortega speaks on his cell phone after his office was raided Thursday night by the national police in Managua, Nicaragua December 14, 2018.REUTERS/Oswaldo Rivas

“This was an absurd attack on free expression,” the award-winning Chamorro told Reuters on Friday.

Police seized computers and other equipment after breaking open door locks purportedly seeking to enter the offices of Cinco, a separate organization run by Chamorro that earlier in the week was ordered closed by lawmakers loyal to Ortega, he said.

Cinco, described on its website as a research organization focused on communications, culture, democracy and public opinion, had moved to another location years ago, but the police were not deterred, Chamorro said.

Nicaragua has been seized by eight months of anti-government protests, which have left at least 322 people dead and more than 500 people in jail, according to the Nicaraguan Centre for Human Rights, or Cenidh.

The human rights organization was one 10 non-governmental organizations that was stripped of legal status on Wednesday by Nicaragua’s Congress, which is controlled by Ortega’s allies. The move prohibits the groups from operating.

Earlier in the week, Nicaragua’s telecommunications regulator ordered a satellite television network to remove from its offerings the opposition television news channel 100% Noticias.

Ortega’s opponents accuse the veteran leftist of attempting to cement an authoritarian family dynasty along with his wife, Rosario Murillo, who he chose to be his vice president.

Chamorro is the son of slain journalist and businessman Pedro Joaquin Chamorro, who opposed right-wing dictator Anastasio Somoza in the late 1970s while at the helm of La Prensa newspaper.

Ortega was also a fierce opponent of Somoza but many of his critics today accuse him of employing similar tactics of repression.