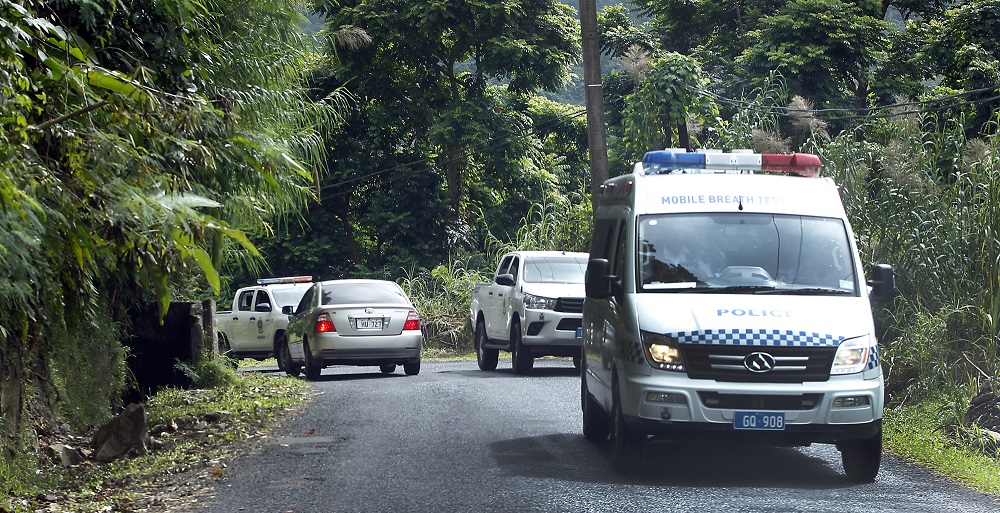 A Police convoy drives towards the Savura Dam property today to attend to reports of trespass by members of a landowning unit in Colo-i-Suva last Saturday. Picture: ATU RASEA

IT HAS now been confirmed that the 12 men who were taken in by Police for alleged trespass at the Savura Dam property are from the Yavusa Duanuku of the Mataqali o Valebure of Colo-I-Suva Village in the Naitasiri Province.

And Fiji Police spokeswoman Ana Naisoro said those men were still being questioned at the Criminal Investigations Department (CID) in Toorak, Suva, this hour.

Ms Naisoro said the men were being questioned in relation to their alleged trespassing at the Savura Dam property under the Water Authority of Fiji in Wailoku this morning where they threatened to shut down water supply.

Head of Mataqali Taitusi Rokocua said he had given the approval to the group to close down the dam.

More details on this story in tomorrow’s edition of The Sunday Times.