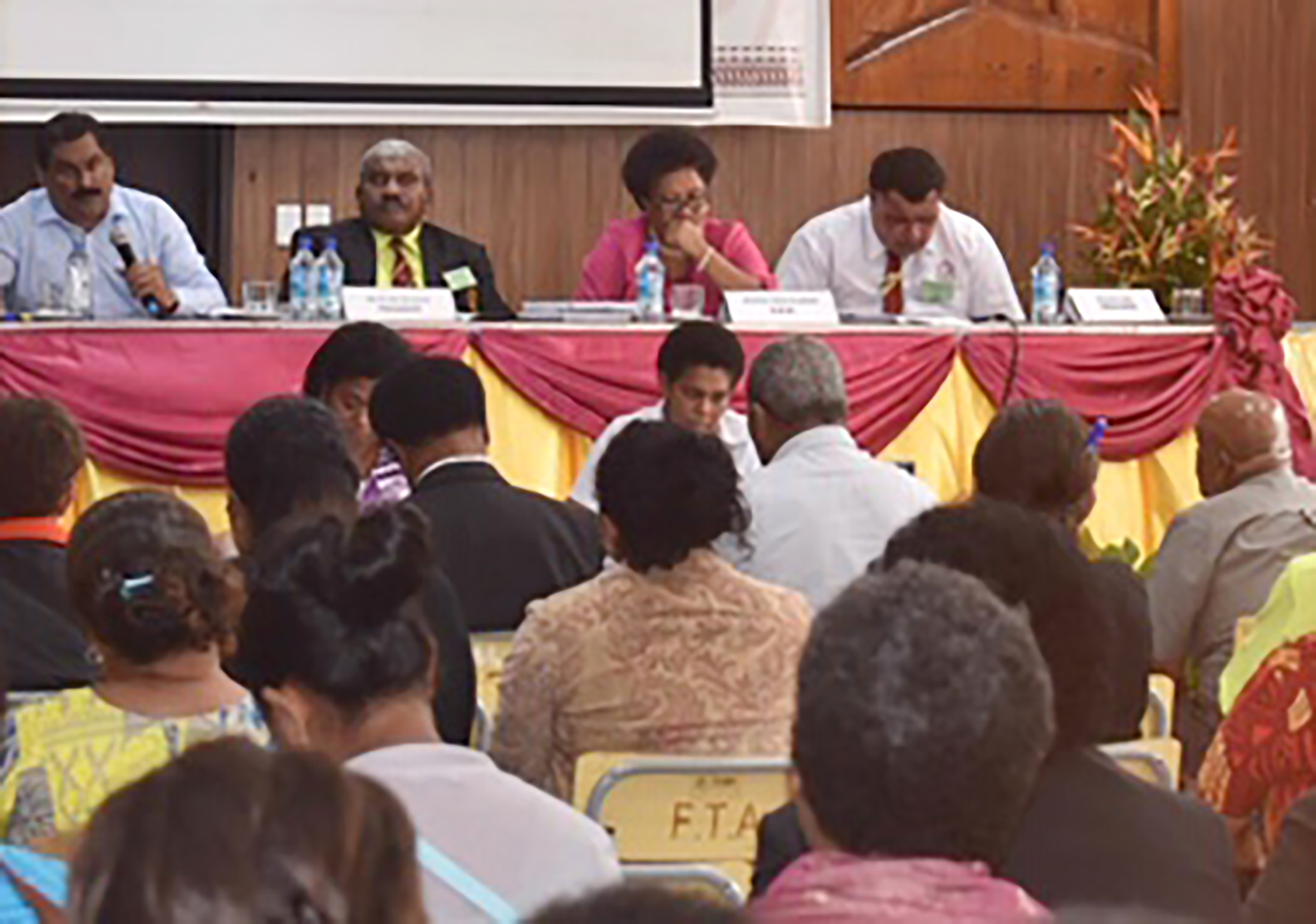 A FEW executive members of the Fijian Teachers Association (FTA) were questioned by police over the weekend.

FTA general secretary Paula Manumanunitoga confirmed this yesterday, claiming that he and a few other board members of the association were called in by police at the Criminal Investigation Department (CID) headquarters in Toorak, Suva.

“According to what I gathered during the interview, we were questioned about our decision to be part of the Fiji Trades Union Congress (FTUC) protest march that is scheduled later this week,” Mr Manumanunitoga claimed.

“The police had called me and said that they wanted to question me so I voluntarily went down to the CID headquarters.”

Acting chief of intelligence and investigations Assistant Commissioner of Police (ACP) Bitukula Waqanui confirmed this and clarified that the FTA executive members were not arrested.

“They voluntarily came in to give their statements and at no point in time were they arrested,” he said.

Police, however, did not disclose what the executive had voluntarily gone to CID for. During the association’s annual general meeting last week, its members agreed to be part of the proposed protest march scheduled for this Friday.

Mr Manumanunitoga said this move was important because it concerned workers and that Government must be made aware of the issues affecting Fijian workers.