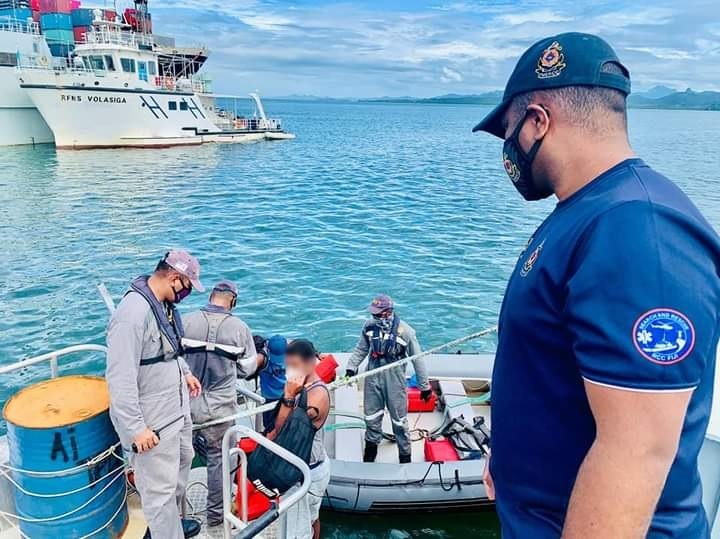 Three crew members of the fishing boat Tiro II are currently in the custody of police as they are being interrogated over an alleged murder that occurred on the vessel.

Police spokeswoman Savaira Tabua said police were trying to ascertain allegations of a beheading that allegedly took place on the vessel as a result of a heated argument between two Fijian crews.

Ms Tabua said until the interviews of the three crew members were completed police could not comment on the incident.

“We confirm that the three crew members have been handed into our custody and that we are interrogating them on the circumstances that made the crew to vacate the boat,” she said.

“Investigations into the incident had begun.” Meanwhile,

Republic of Fiji Naval Service Captain Humphrey Tawake confirmed that search for five other crew members alleged to have fled the ship following the alleged incident onboard life rafts were still continuing.

Capt Tawake said their search efforts were greatly affected by the adverse weather conditions at sea.

“The crew members have been in the sea since Monday this week, so their survival in the water without any lifesaving equipment is drastically reduced, but we remain optimistic,” he said.

“Our search continues to be focussed in waters surrounding Navula passage outside Nadi.”

A crew member who left the boat via a life raft was located by the Fijian Rescue Coordination Centre on Wednesday this week while two others were located on Friday.