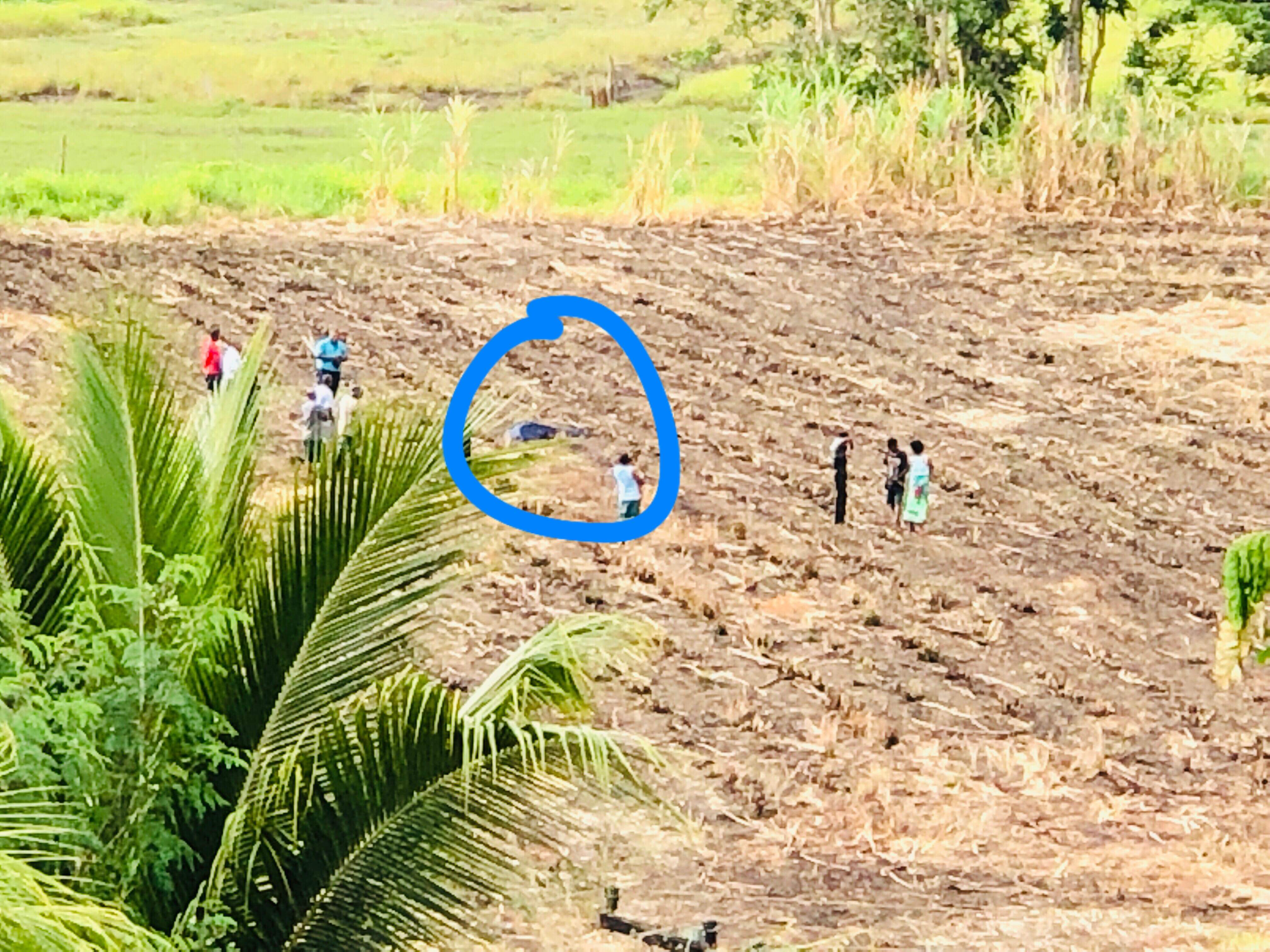 Police surround the body that was found in a cane farm at Siberia, Labasa this afternoon. Picture: SUPPLIED

POLICE is investigating the discovery of a body in a cane field in Labasa this afternoon.

Police spokeswoman Ana Naisoro confirmed the body was found lying motionless in a field at Siberia, about 10 minutes drive from town towards the hospital.

“Details are sketchy at the moment but investigation is continuing,” she said.

“We believe the person had just been discharged from the hospital.”

The body was then transported to the Labasa mortuary by the Police.