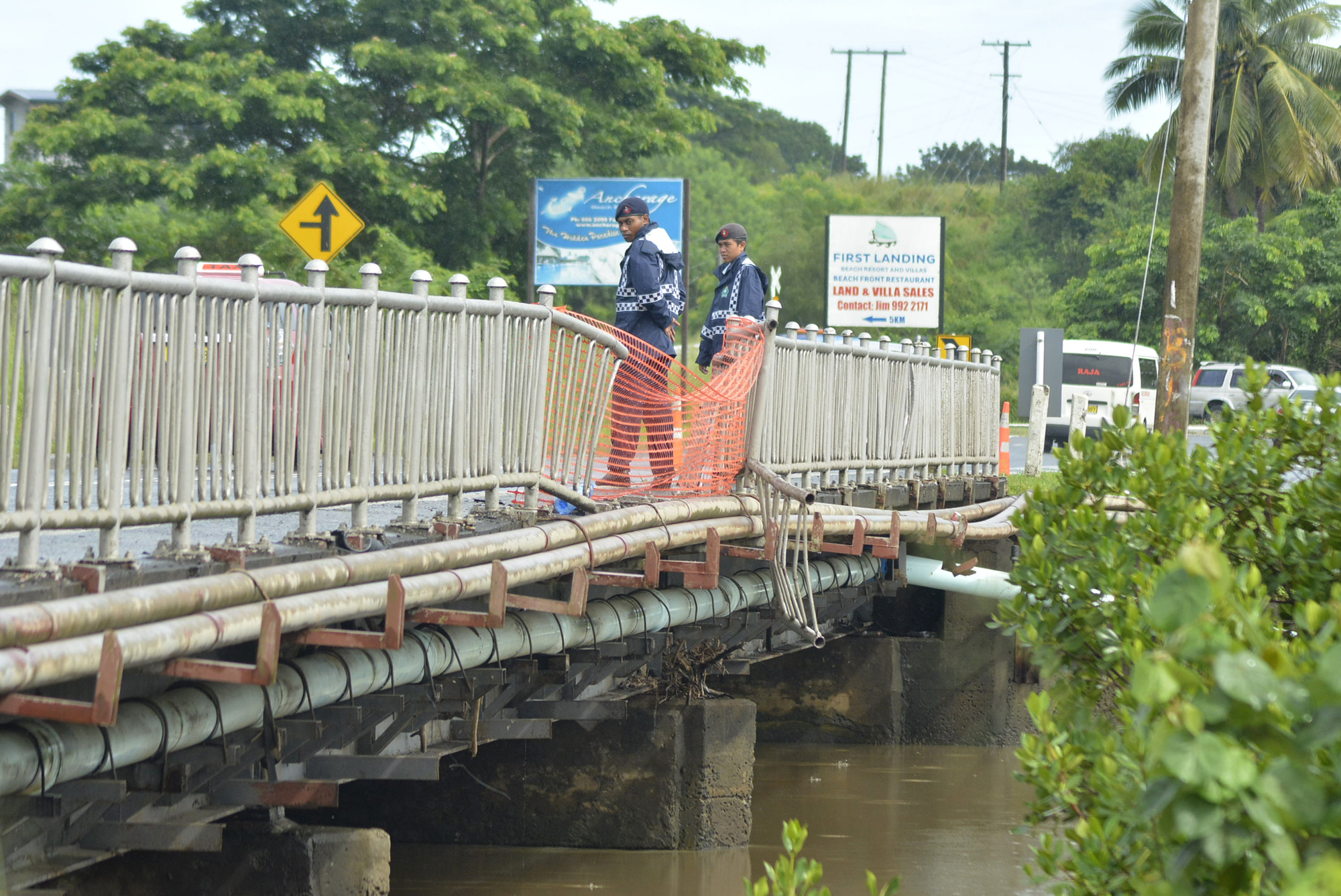 Police constables guard the damaged part of the Lomolomo Bridge in Lautoka where an accident on Sunday evening landed a vehicle in the River. Picture: REINAL CHAND

POLICE are looking into the events that led to an accident on the Queens Rd at Lomolomo Bridge, Lautoka, where a vehicle ended up in the Lomolomo River.

Police spokeswoman Ana Naisoro said the accident happened on Sunday at about 4pm.

“The engineer was heading towards Lautoka from Nadi when the incident occurred.

“One passenger travelling in the suspect’s car is currently admitted at the Nadi Hospital.”

Ms Naisoro said the suspect had not been questioned as yet.