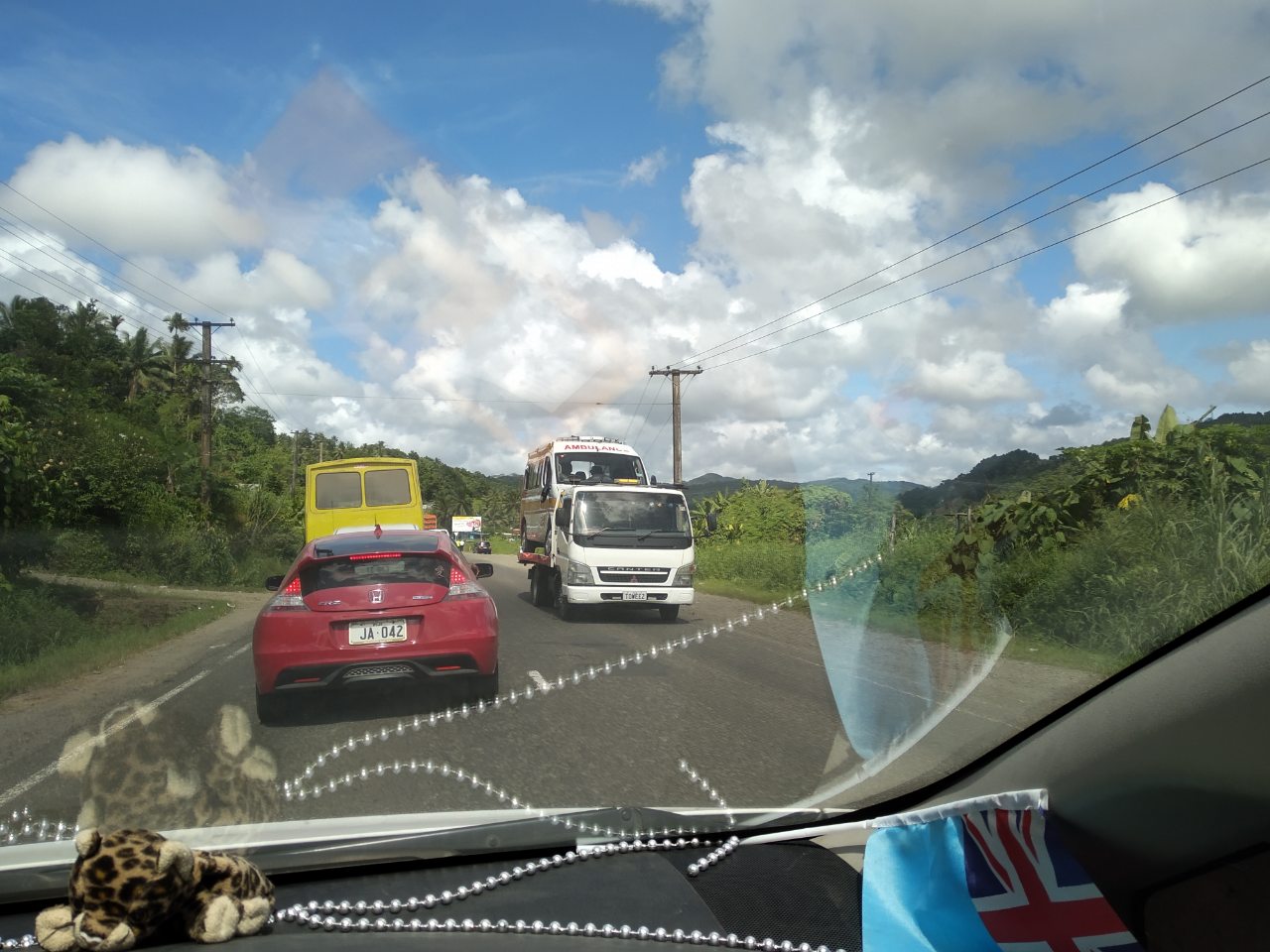 The ambulance that was transporting an injured police officer to CWM Hospital is being transported to Nausori after it was involved in an accident during the process today. Picture: MAIKELI SERU

A POLICE officer who was allegedly hit by a vehicle today encountered another accident when the ambulance he was travelling in tumbled five times at Sawani along the Princess Road.

According to Police, the officer was alleged to have been hit by a vehicle at a snap checkpoint along the Wainibokasi Road, and was conveyed to the Nausori Health Centre where he was admitted under observation.

Police spokesperson Ana Naisoro said the officer was being transferred to the Colonial War Memorial Hospital when the ambulance transporting him and a relative was involved in another accident.

She alleged the ambulance driver must have lost control causing the vehicle to veer off the road, and tumbled five times.

Ms Naisoro said the officer and the relative, believed to be a sister, sustained injuries during the second incident and were conveyed to CWM by the driver of a passing vehicle.

The victims were both medically treated.

Drivers are advised to be on alert and aware of their presence because of officers deployed to ease the flow of traffic during peak periods and to crack down on illegal operators and drunk drivers at night.