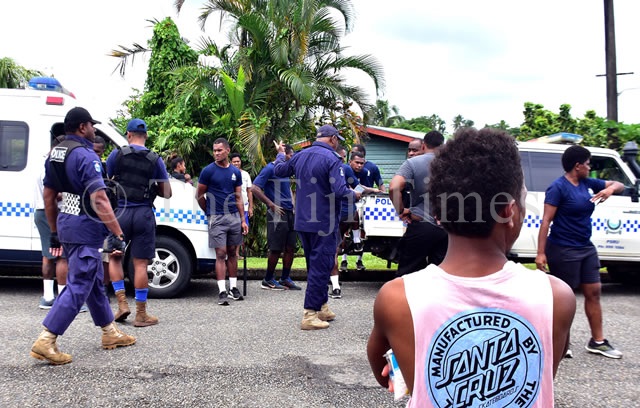 Police are looking into claims by witnesses that a man drove a car with the intent to run over those allegedly involved in a brawl in Nabua on Saturday.

Police chief operations officer ACP Abdul Khan said while they were investigating what may have sparked the incident, their immediate focus was maintaining safety and security for all residents.

“Investigations are ongoing and statements will be recorded, an analysis will be done, and then we will identify any suspect in relation to that,” he said in response to a query about the vehicle during a media conference at Mead Rd Housing.

ACP Khan said police had not ascertained as yet whether the fight, which began on Friday night and continued on Saturday between Mead Rd Housing and Sukanaivalu Rd youths, was linked to an incident that happened earlier this year. “So far we have not established that.

But like I said, please let us not give a bad name to Mead Rd Housing like the way things have been going, people are saying it’s a notorious place.

“Let us come together and see the way forward, we will look at community policing coming into here and putting up crime prevention committees so we can work together and see that good sense prevails and people are safe and secure in this area.”