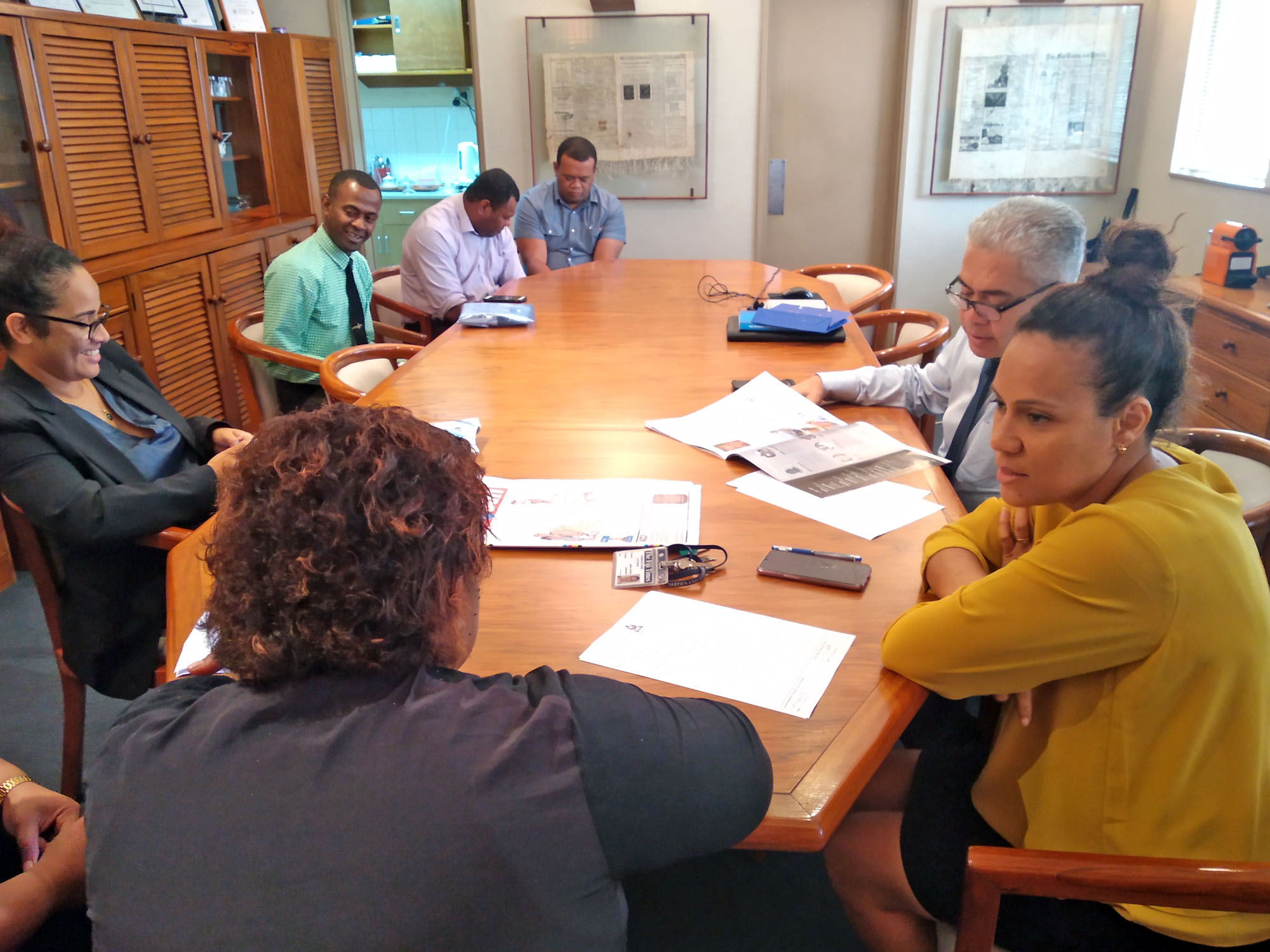 The Fiji Times general manager Christine Lyons, with Suva lawyer Jon Apted, Deputy editor in chief Elenoa Baselala, facing back to camera, and CID police officers at The Fiji Times board room in Suva on Thursday, May 02, 2019. Picture: JONACANI LALAKOBAU

NFP leader Prof Biman Prasad said they understood police had a search warrant, but it did not give them the right to seek material on the pretext of looking for evidence because journalists were ethically required not to disclose their sources at all times.

Prof Prasad said the Media Industry Development Authority (MIDA) Decree 2010, now known as MIDA Act, clearly stipulated this. “Under this legislation, any complaint against a media organisation must be dealt with by the Media Tribunal and MIDA,” Prof Prasad said.

MIDA chairman Ashwin Raj said it was peculiar that the NFP leader issued a statement on a matter that was not brought to the attention of the authority by The Fiji Times as a complaint as it procedurally should have.

“After The Fiji Times contacted me this evening to respond to the statement issued by the leader of the NFP, I contacted the commissioner of the Fiji Police Force to ascertain the facts,” Mr Raj said.

“If indeed this was objectionable, then the procedurally correct thing for the lawyer of The Fiji Times should have been to file a petition in court in relation to prevention of disclosure of sources.”

He claimed that in this instance, The Fiji Times facilitated the entire process through its lawyer without raising any objection.

“It would be wise for the leader of the NFP to find out the facts before shooting his mouth and I hope The Fiji Times will publish this in full in the interests of transparency,” he said. 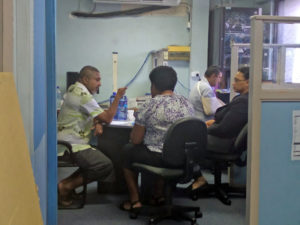 In a joint statement with Mr Raj, police commissioner Brigadier General Sitiveni Qiliho strongly refuted claims made against its officers that they entered The Fiji Times newsroom in Suva and demanded digital recordings of interviews with Mr Anthony.

He said the investigating officers followed all the legal processes required to obtain the information.

“The two officers upon arriving at the Fiji Times office were greeted by the company’s lawyer Mr Jon Apted where they produced a search warrant signed by a magistrate,” Brig-Gen Qiliho said.

“The two officers were asked to wait at The Fiji Times conference room as Mr Apted proceeded to obtain the necessary documents required for the ongoing investigation.

Mr Apted said the Commissioner’s account was not accurate.

He said he had been called to the Fiji Times office after the police were already there.

He said that once he was shown the search warrant, he had advised the Fiji Times to comply with it.

He also clarified that the ethical issue regarding the confidentiality of sources did not apply to the search.

“The source was not confidential.

“The search warrant related to a story which quoted Mr Anthony extensively so the identity of the source was already a matter of public record and he and a record of what he was reported to have said were, in fact, the subject of the search warrant.”