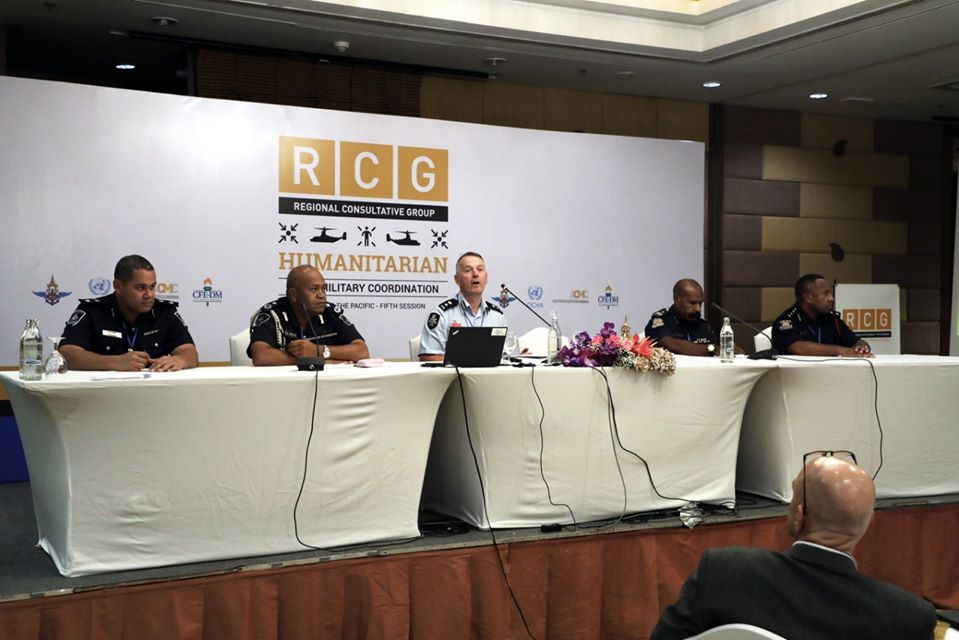 THE Chief Operations Officer of the Fiji Police Force ACP Maretino Qiolevu and the Deputy Director Operations Superintendent Mesake Sovasova earlier this week attended the 5th Session of the Regional Consultative Group (RCG) on Humanitarian Civil-Military Coordination (UN-CMCoord) for Asia and the Pacific in ChiangMai, Thailand.

The above organized by the Humanitarian Civil-Military (UN- CMCoord) for the Asia- Pacific region included a forum to discuss Police engagement during Disaster Response.

The invitation extended to the Fiji Police reflects the leading role the organization plays during the Response phase of Disaster situations noting the decentralization of Police capabilities and outposts throughout the country.

ACP Qiolevu and Superintendent Sovasova featured in a panel discussion highlighting leading Police roles in the Response phase of Cyclone Winston and the interoperability aspects of responses with other agencies.

This generated a lot of interest and discussions amongst participants noting the integration of police roles during disaster situations with other mandated police roles.