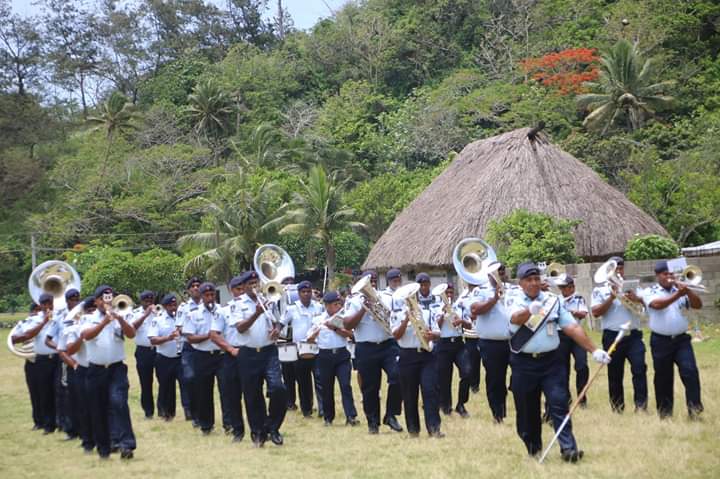 THE Fiji Police Force band brought smiles and set the festive mood for villagers in Vatukarasa village in Sigatoka today kicking off their weeklong tour of the Western Division.

The police band showcased their musical prowess to an adoring crowd before moving onto Natuvulevu village.

Director of Community Policing SSP Waqa Cavuilati said the weeklong program was expected to be a jam packed visitations in villages between Sigatoka and Nalawa.

“So far, the program in the East and some parts of the South have been successful and while we have been able to achieve our aim of raising awareness on critical issues often encountered during the Festive season, we have also forged new partnerships between the Police and members of the community,” he said.

The group is also expected to make stops in Nadi and Lautoka.

*More in tomorrow’s edition of The Fiji Times and on our e-edition. Download The Fiji Times app on Google Play Store and Apple Store for breaking news, sport, business and world updates.