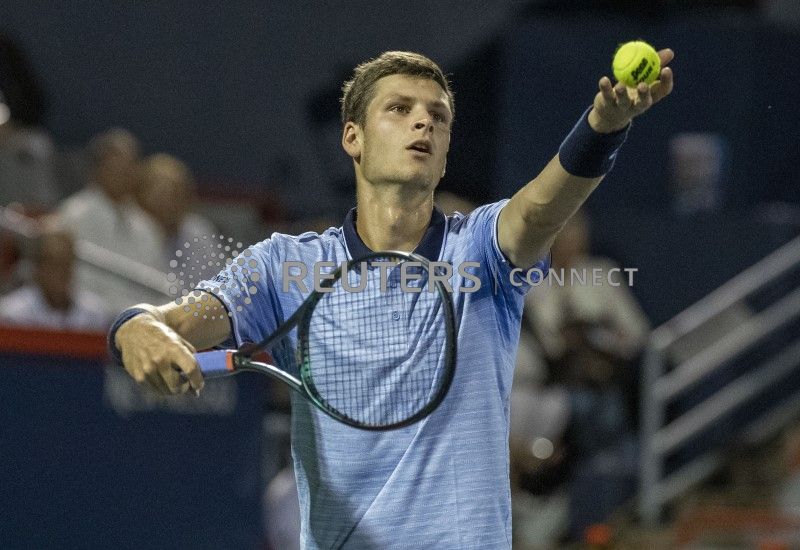 Hurkacz, 22, steadied himself through a roller coaster affair, which included a brief rain delay after the second set, and came out on top after two hours and nine minutes.

Hurkacz became the first Polish winner of a tour-level event since Wojtek Fibak at WCT Chicago in 1982.

“That is a lot of time (without a Polish champion). I am so glad that I have been able to win an ATP Tour event,” he said.

“I hope many more guys will join me soon and that I will win some more. It means a lot to me and I am glad that I won this tournament here.”

Hurkacz’s sparkling week included wins against four consecutive seeded opponents. Paire was in search of his third title of the season after wins in Lyon and Marrakech but lost the big points down the stretch.

He was nonetheless satisfied with a solid week ahead of Flushing Meadows.

“For me it was a good week,” said Paire. “Honestly, I could have lost in (my second match) so it was really good to be in the final.”