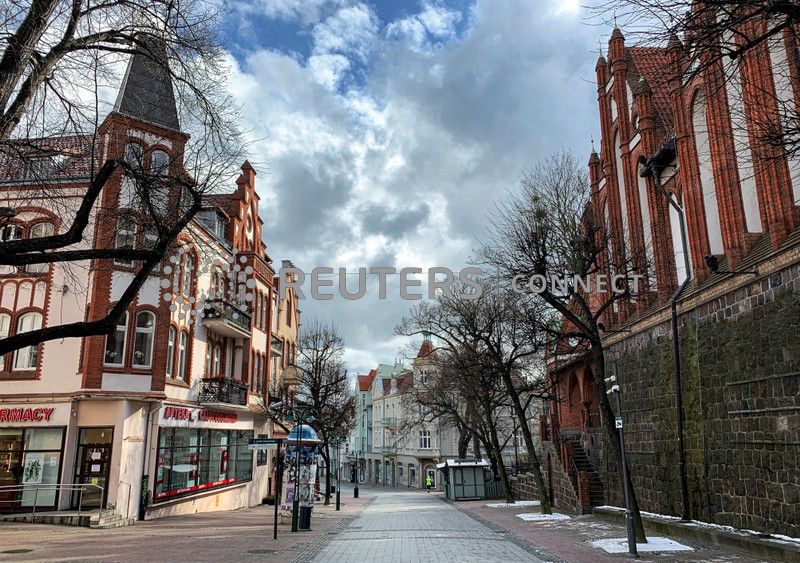 A street cleaner walks on an empty street during the outbreak of coronavirus disease (COVID-19) in Sopot, Poland March 31, 2020. REUTERS/Radu Sigheti

WARSAW (Reuters) – Poland will impose further restrictions on public life, including closing parks and hotels, to curb the spread of coronavirus and avoid the fate of Italy and Spain, Prime Minister Mateusz Morawiecki said.

The army will also help police to keep people off the streets if they have no good reason to be outside, state news agency PAP reported, after sunny weather prompted thousands of Poles last weekend to visit parks and beaches.

As of Tuesday, 2,215 people had tested positive for coronavirus in the country of 38 million, while 32 people had died, the health ministry said. The Polish government is preparing for a steep rise in the number of infections.

“We want to avoid the fate of our friends in Western Europe at any price. We want to limit, flatten this (infections) curve to avoid situations that have happened in Spain and Italy,” Morawiecki told a news conference on Tuesday.

Italy’s death toll from the coronavirus now stands at 11,591, making it the worst affected nation in the world, while Spain ranks second, with 8,189 fatalities.

The Polish government said hotels, cosmetic and tattoo saloons, massage parlors and hairdressers must close. Stores selling household items such as paints and tiles which have recently seen increased custom must also shut at weekends.

Shops that remain open must serve only the elderly from 1000 am till midday and introduce new hygienic measures such as offering rubber gloves and disinfectant to customers.

Minors will not be allowed to walk outside unaccompanied by adults.

Poland has already banned gatherings of more than two people, excluding families, and told citizens not to leave their homes except for essential activities.

Health Minister Lukasz Szumowski said hospitals were ready to accommodate 10,000 people infected with coronavirus. The army is helping to expand this capacity if needed.

The prime minister said Poland, one of Europe’s fastest growing economies, would not be able to achieve the growth rate of 3.7% assumed in the state budget for 2020, and unemployment will rise from its current level of 5.5%.

“For sure growth in gross domestic product (GDP) will not be the same as we had planned before. Will it be below zero? It cannot be ruled out,” Morawiecki said.

Market analysts expect Poland’s economy to contract by 0.3-3.6% this year, but the central bank said this month it still saw GDP growth of two percent in 2020 despite the coronavirus pandemic.