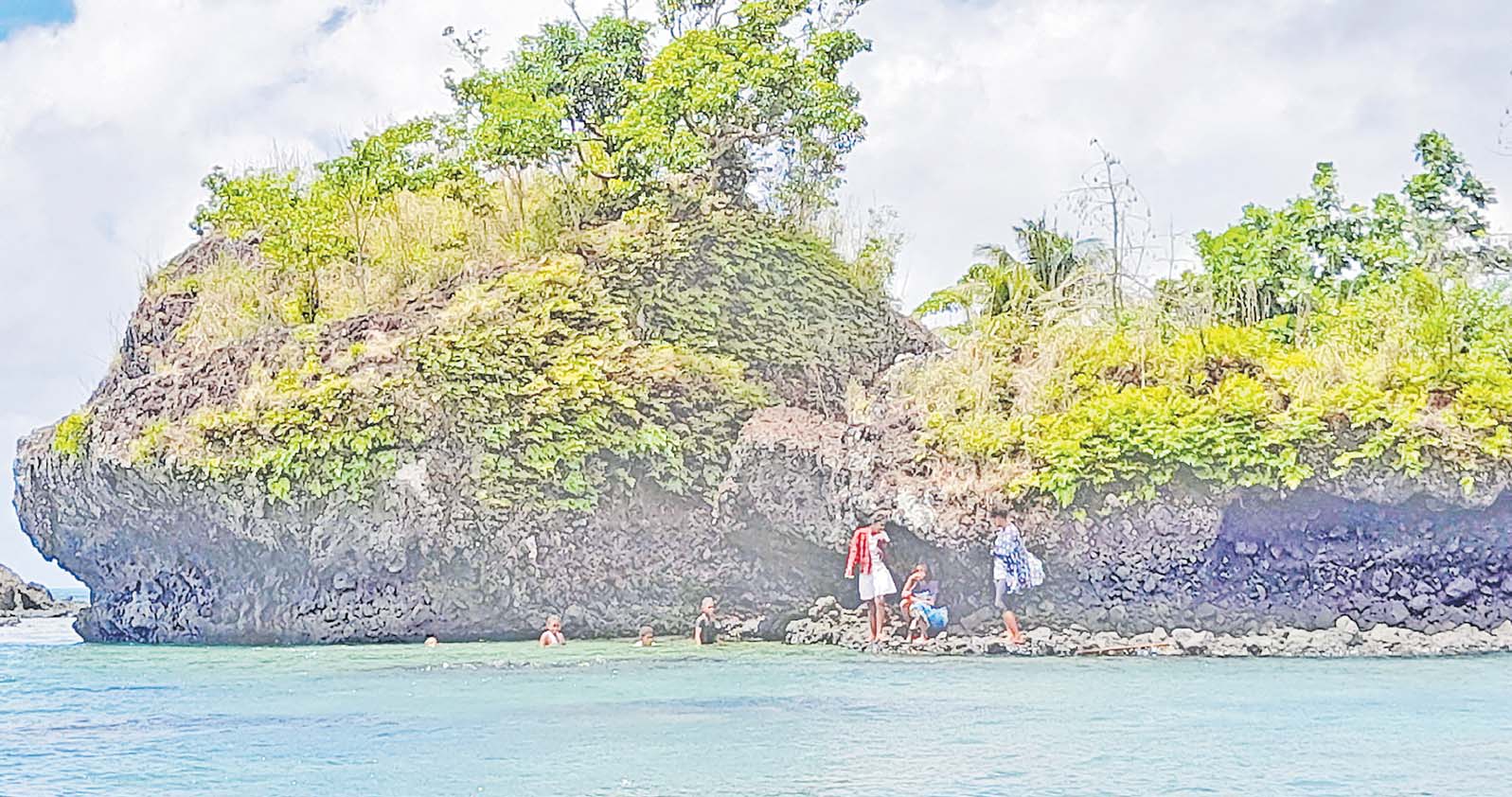 That’s the original name of the district of Tunuloa in the province of Cakaudrove which speaks about the weaning period of the first Tui Tunuloa.

According to Mateo Maitubalevu, a traditional leader at Nasaravi Village, Tunuloa, the second Tui Cakau was shipwrecked outside Salia Village in the same district.

In fact, he said, at the time, two men held the title of the Tui Cakau with the first being installed at Vunisavisavi Village in the district of Nakobo.

“The Tui Cakau, who was shipwrecked on a rock outside Salia was Ratu Loaloa and the rock is known as tabu ni soula or vatu ni soula,” Mr Maitubalevu said.

“So the villagers took him in so he lived in that village and the elders decided to arrange a woman as his wife from Salia and that happened as planned.

“His wife was Adi Vadra from our mataqali Valeu’u and they had a son, Sigarara, and he became the first Tui Tunumainaloa which is now known as Tui Tunuloa.”

The word Tunumainaloa, Mr Maitubalevu said, derived from the period when the baby was weaned from his mum.

“When this happened, the women taking care of the baby and his mum had to cook loa, a mushroom-like plant that grows on the trunk of a tree.

“They cooked this every day for the baby’s mother to drink to replace the mother’s milk and that is how the name Tunumainaloa was formed.

“These details I gathered from the 1917 records which are kept with the Native Lands Commission.”

For those at Salia, rocks in the village also signified the importance of this event as they were used for traditional ceremonies for the baby, Sigarara.

Salia Village headman Elia Berabi said Sigarara spent his weaning period at the vatukalia which sits in the middle of the village lawn.

“The women taking care of him spent weeks with him at vatukalia while another group of women took care of his mum, Mr Berabi said.

“The early plan to have his dad, the Tui Cakau, who was shipwrecked on our shores, marry a woman from this coast is because they needed to have a Tui Tunuloa.

“But they made sure that this chief who is Sigarara would be a vasu and not hail from here because he won’t be able to claim any ownership over the vanua.

“And simply because he is a vasu as his mum is from here and his dad is not from here.”

Evidence of this event exists today.

The traditional arms of the Tui Tunuloa live in the villages along Natewa Bay.

“Those from Salia are his batibalavu, Muana are his batileka, those from Nailou are his gonedau and we also have along this coast the sau turaga of the Tui Tunuloa.

“So when a traditional function happens, we cross over to Koroivonu Village which sits on the other side of the district.

“We attend this function to perform our traditional duties and when the Tui Tunuloa crosses to see the Tui Cakau, our elders from Nasaravi take him over. That’s traditional protocol.”