Point of Origin: Moving to Savusavu 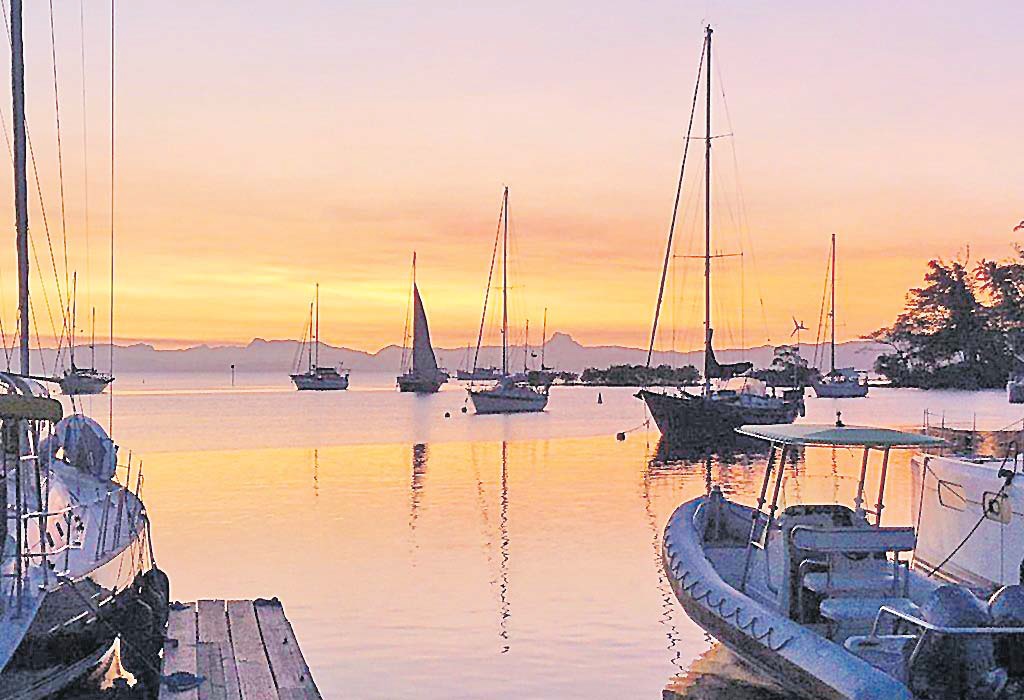 AFTER calling Fiji home for about 50 years, Geoff Taylor has many a tale to tell.

There was the time he met movie star Robert Redford at the Savusavu Yacht Club, a plan hatched at the same venue to sail eight-foot dinghies around the world and how he turned an old copra storage shed into a major attraction in the Hidden Paradise of Fiji.

And because he did so much over the past five decades, Mr Taylor jotted it all down in a book titled Not My Fault – Memories of a Field Geologist in Fiji.

His love affair with Savusavu was published last year and makes for good reading. In the book, Mr Taylor described how he arrived in Fiji in late 1974 and began working at the top of the Sigatoka Valley, prospecting for lead and zinc at Naikoro.

“I was fortunate to have been transferred to Savusavu by Anglo Pacific to work on the Mount Kasi Gold project in 1978,” he said in the book. Mr Taylor described how they would travel to Savusavu Town from Mount Kasi by boat once a month to enjoy a night at the Hot Springs Hotel.

“One night at the Planters Club I noticed a very pretty part European girl and later found out that she was from Savusvau but had returned from Papua New Guinea looking after her sick sister.

“Her name is Sherron Whippy and when we met and I spoke Pidgin English ‘Me likum u. U one gudpela meri’ (I like you. You are a good lady). “We later married and had five children and now thirteen grandchildren.

“On one occasion at the bar at the Savusavu Yacht Club a short, handsome fella walked in and was requested to sign his name in the visitors’ book.

In his book, Mr Taylor talked about his experiences at the genesis of the Savusavu Yacht Club whose Junior Sailing Club he founded. 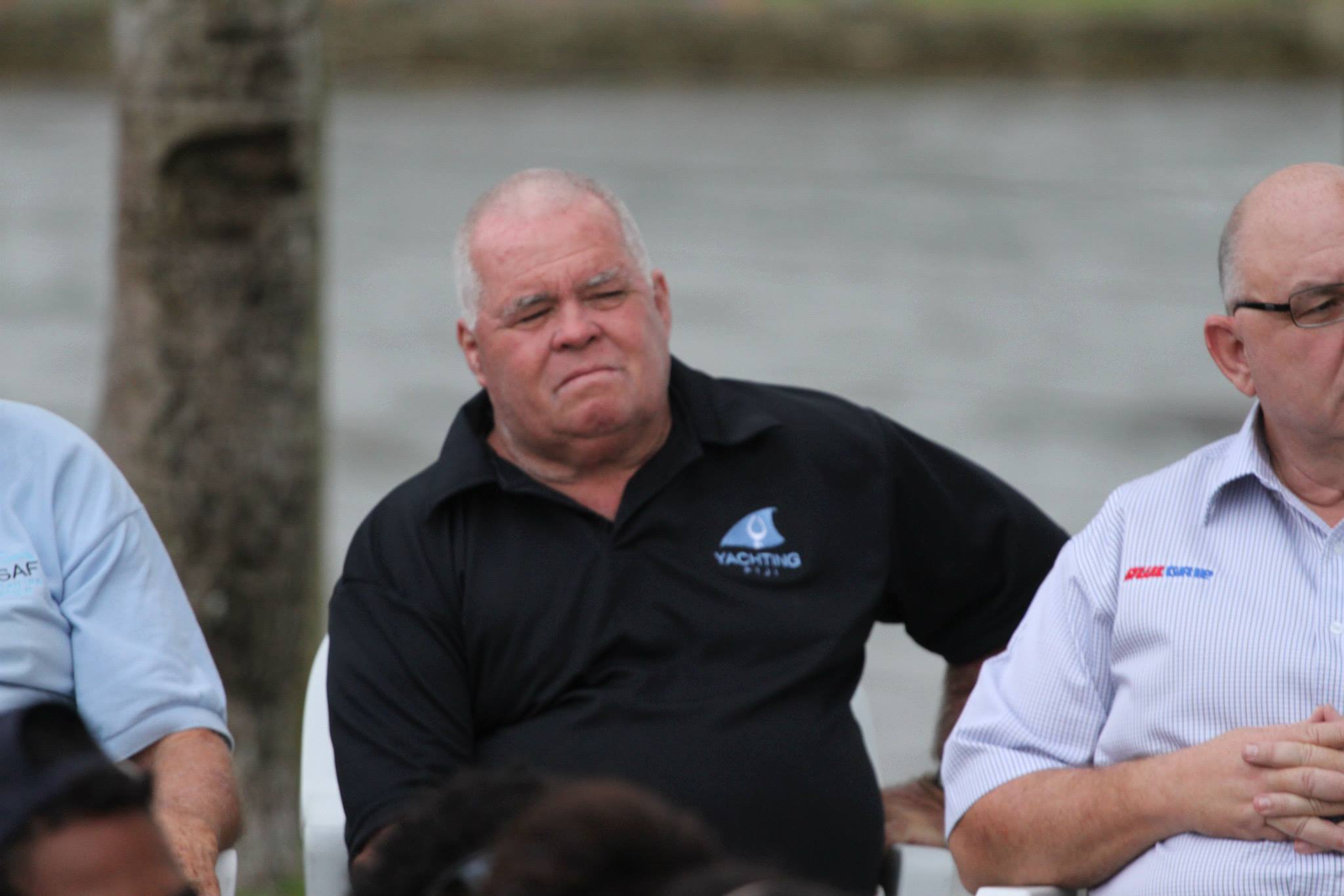 He also shared about a visiting yachtie, Chay Blythe and the quest of junior sailors back in the day to sail their eight-foot optimist dinghies around the world.

“Not quite but we did sail offshore to Namena Isaland some 20 nautical miles south and after much partying we returned with the dinghies on the escort boat and myself and Mike Crofoot (another friend) on a flat-bottomed punt.

“Halfway back, the punt started sinking, seeing the support boat pass by without noticing us in the gathering dusk we spent the night bailing at sea, after signalling what we thought was a rescue boat, which turned out to be a whale spouting while we were finally rescued the next day by an inter-island boat the Nivaga and shipped unconscious to Koro Island hospital.

“Later after recovering in the only bed head to toe we were taken to the sloping airstrip where the plane was diverted and could not land, but we finally arrived back in Savusavu the next day, much to our family’s relief.”

Living in Savusavu and calling it home for the past 43 years, Mr Taylor has made his mark in the Hidden Paradise town as a businessman, geologist and local sailor who has the sea in his blood.

“Living in Savusavu, I noticed the old Copra Shed building where copra was stored for shipment in the early 1900s. It was the oldest building in Savusavu right on the waterfront.

“Tony Philp and I purchased the building in 1989 and renovated it as shops, accommodation, restaurants and the Savusavu Yacht Club.

“We later reclaimed the adjacent land as a site for the junior sailing and recreational park while the Copra Shed Marina is now the centre for cruising yachts in Fiji and the first marina in Fiji to establish nautical tourism as a valuable contribution to the Fiji economy.

“It’s been very good having the Copra Shed and cruising yachts to keep me busy these days, but Savusavu is a great place, my home and birthplace of my children.”

Mr Taylor’s mother was buried on their property in Savusavu.

“I often think your home is where you are buried, even more so for my father, whose ashes were scattered at sea.

“The children are now all married to local planters children with whom they grewup, sailors all.”

The Savusavu Yacht Club was inaugurated in 1990 and has won most of Fiji National Sailing Championships since its inception.

The club sails Lasers and Optimist dinghies, while several Savusavu sailors have represented Fiji in the Pacific Games and
Olympic Games.

The yacht club is located at the Copra Shed Marina and has its own facility next to the marina.

Savusavu has hosted record numbers of visiting yachts with over 100 yachts in the harbour at one time.

The club has provided local youths with the opportunity to learn to sail with the prospect of participating in the Olympics.

Not My Fault – Memories of a Field Geologist in Fiji captured how Savusavu developed  from a tiny little outpost to the sailing
centre it currently is.

Interspersed with history and interesting anecdotes, it is also a lively and lighthearted memoir of Mr Taylor’s life in Fiji and a very enjoyable read.

“The title relates to geological faults.

“The book is about the geology and discovery of gold, bauxite, copper and marble deposits in Fiji, the Pacific and Mexico.”

He said the book told of his life in the bush and the funny stories that came with it and promised laughs as readers delved
through the funny day-to-day light-hearted experiences in Fijian communities.