Point of Origin – Many rivers to cross 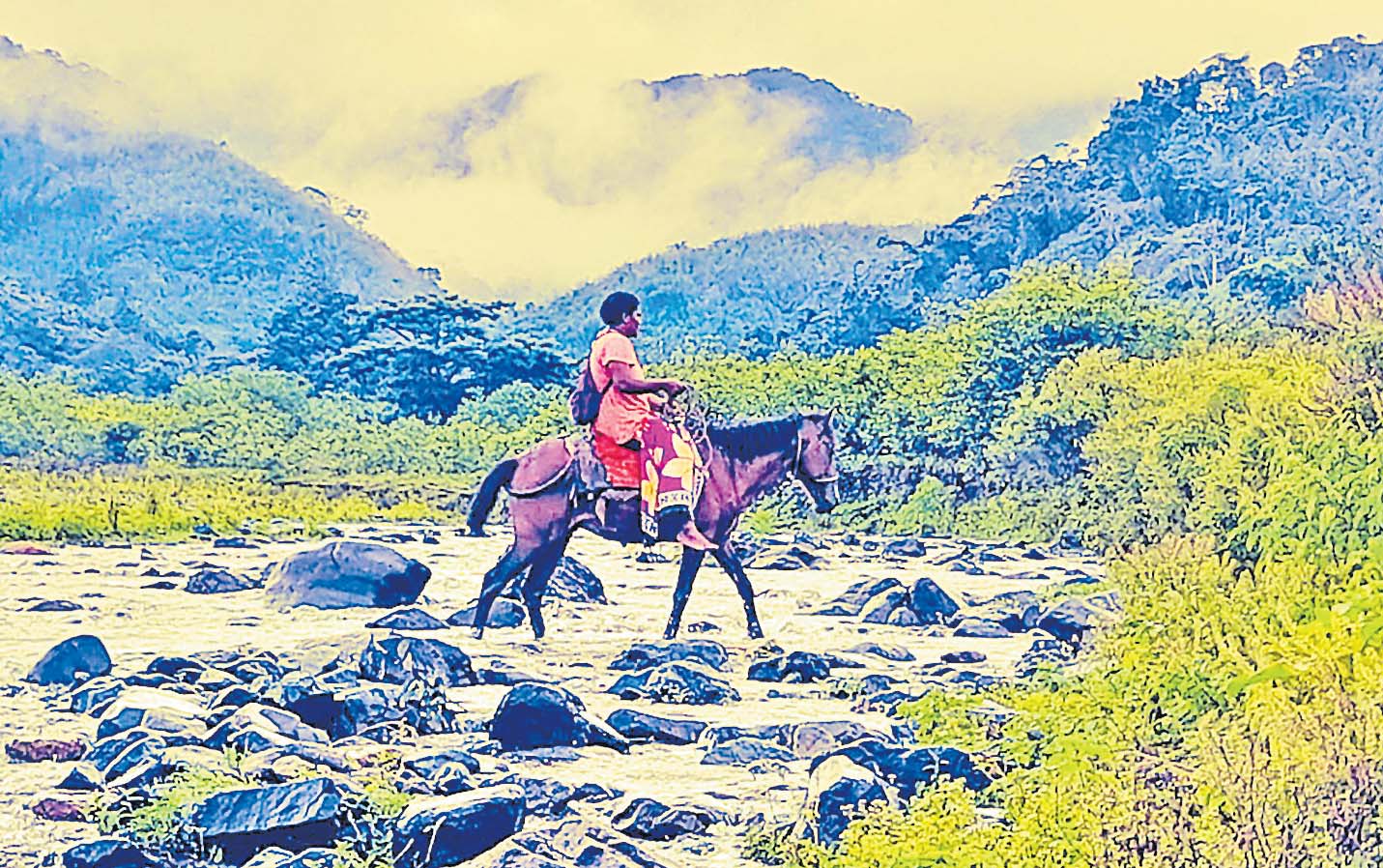 A woman crosses the Wainiagai River on horseback. The Delai Nava hills are visible in the background. Picture: JONACANI LALAKOBAU

Sixty-nine-old Waisake Naivakarusu of the Yavusa Naboro in Sawanikula Village in the district of Muaira, Naitasiri, vividly remembers the days when his elders had to relocate their homes from the old village site along the Wainimala River, after it was destroyed by Hurricane Bebe in 1972.

He said the area where the village of Sawanikula was situated was called Bulibulinakuro.

All houses at the old village site were destroyed by the hurricane and flooding washed out nearly half of the village.

“In 1973, they found this land – Bulibulinakuro – it was heavily forested so they cleared the land and started building their homes,” Mr Naivakarusu said.

“My family were the first to settle here, Asaeli and Marika were my dad’s younger brothers so other villagers heard of this new place and they started moving here and named it Sawanikula.

“The old village site had 40 houses on it. They were all destroyed by Hurricane Bebe.

“Those days people lived in thatched bamboo houses and life was quite difficult because there were no roads.

“Some elders decided to look for other places and settled at what is now known as Bukunivatu Village and others went to settle at Waibasaga Village.”

“When we first settled here, houses were made out of bamboo and other building resources available to us.

“There was no road and the only mode of transport was either by bilibili, punts, horse or on foot.

“The road only reached Serea Village so we would travel down there on bilibili or punts and then catch the carrier from there to Suva.

“Life was really difficult for our elders and parents back then.”

He said the first development in their village was the construction of a dam in 1976 that supplied water to all households.

“From Serea, the road moved further up to Lutu and then in the 1980s it reached our village.

“With the road came electricity and many other developments, then people started building concrete and corrugated homes because the building materials were delivered right to the village by carrier.

“Before, our children would travel by bilibili down the Wainimala River to attend Muaira District School in Lutu, and then villagers started fundraising for the construction of Naboro Sawanikula Primary School, just a walking distance from the village.

“Through government assistance we were able to develop our villages.”

He said the village consisted of 80 houses and the majority were devout Catholics.