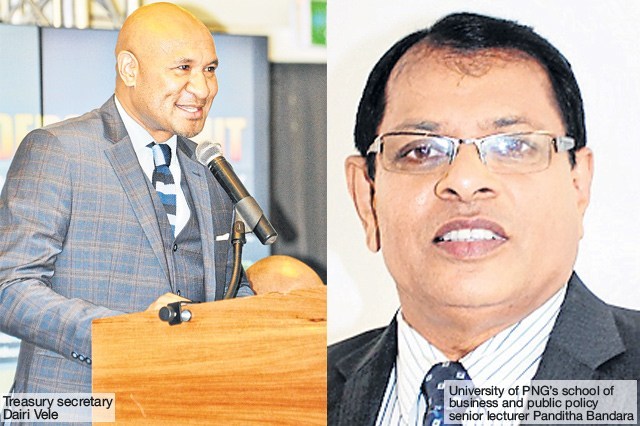 “Part of the reason (for not setting up the SWF) is that we never got much revenue. We were short of revenue.

“The momentum behind the SWF weakened because both oil and gas prices dived significantly. There wasn’t (enough) revenue to (back a SWF) anyway, except into our budget.

“In fact, we found ourselves a little bit short of funds because of all the commitments to the landowners and equity rights to the project. We didn’t have the corresponding income (to continue with the SWF plan).”

Abel adds: “The biggest part of it was the oil price, and the other part was that the project was structured in a manner that didn’t float to the State.

“It will establish a SWF together with a board/corporate to manage it.

“The SWF will comprise two distinct sub-funds called the stabilisation fund and the savings fund. The SWF’s objectives are macro-economic stabilisation and inter-generational equity.

“The treasury minister determines the investment mandate, subject to the law. Investments are only to be in foreign assets, and the fund may not be used as collateral for borrowing or otherwise.”

Abel stressed that SWF board members are to be appointed by a committee comprising the prime minister, the opposition leader, the Governor of Bank of PNG, the auditor-general and the president of the PNG Chamber of Commerce and Industry.

He said withdrawals from the stabilisation fund could only be made through the National Budget.

Abel said: “We just need to operationalise it now with the establishment of a board. That’s the process we’re going through now.

“There is a bipartisan committee that we have to bring some names forward to, and then we’ll sit and appoint that board.

“I’ve always made a commitment that by the middle of this year, we’ll have a board in place.

“At the same time, I’m aware that we don’t want to create unnecessary structures and expenses, particularly when we’re not in a position yet to actually put any funds into the SWF.”

Abel said the most-important thing was to ensure that the funds were in place for the setting up of the SWF, comprising a stabilisation fund and a long-term fund.

He explained: “Money initially goes into the stabilisation fund, of up to US$1 billion (K3.3 billion), which is still accessible for budget purposes.

“Those are the two basic mechanisms behind the SWF.”

Abel said he had even invited expressions of interest from countries like Chile, where the Santiago Principles were developed around how SWFs were run.