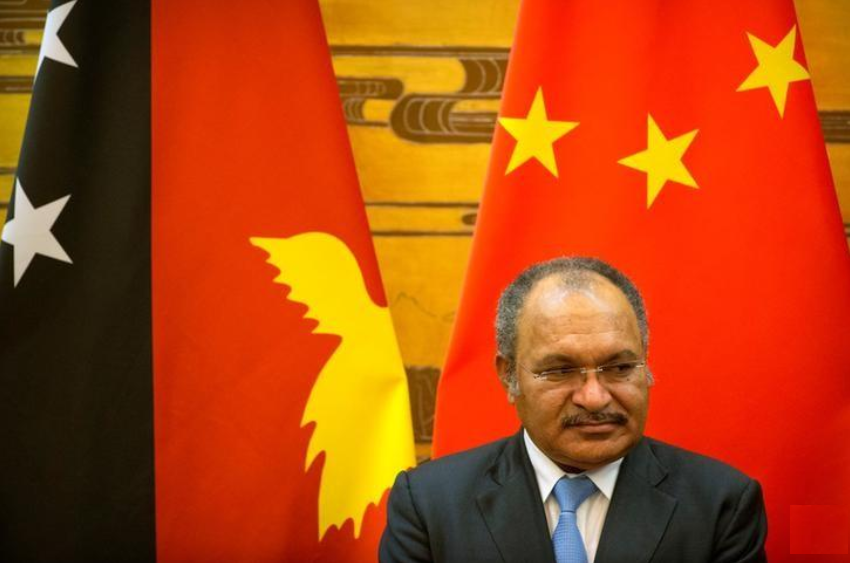 PORT MORESBY, (THE AUSTRALIAN) – China is pressuring Papua New Guinea to sign a $1.25 billion (US$907 million) deal for a new 180MW hydro plant ahead of the APEC summit in ­November, amid warnings the project would cripple the Pacific nation’s state-owned electricity company and drive up power ­prices.

The Ramu Two power plant, a project linked to Xi Jinping’s signature Belt and Road Initiative through the Shenzhen Energy Group, is being pushed by PNG’s State Investment Minister William Duma, whose support for a new $274 million (US$198 million) China-funded internet project has alarmed Australian officials. The Australian can reveal PNG Power rejected the Ramu Two project at a board meeting last month, telling Peter O’Neill’s government that the plant was too expensive and would pose an unacceptable risk to the utility, which would be forced to guarantee the deal.

The Eastern Highlands plant, which would be PNG’s biggest ­infrastructure project to date, would be financed, built and operated by Shenzhen Energy before being handed back to PNG after 25 years.

PNG’s state investment co-­operation, Kumul Consolidated Holdings, claims energy from the project would be used by the proposed Wafi-Golpu goldmine, a joint venture between Australia’s Newcrest and South Africa’s Harmony Gold, but the operators of the proposed mine have told investors they plan to self-generate power from a 140MW diesel plant, at a cost of $234m (US$169 million).

China, which will hold a meeting for Pacific leaders in Port Mor­esby before O’Neill hosts APEC leaders on November 17, wants the deal to be finalised and announced at the summit, The Australian has been told.

Duma said PNG would own a prime asset after the payback period, which would provide cheap and reliable power for ­decades.

“We are building for the future,” he told PNG’s The National newspaper. “The state, the Eastern Highlands provincial government and the landowners will then have this multi-billion hydropower infrastructure that will continue to operate for a further 75 years.

“It will continue to offer a long-term, least-cost power to the country.”

O’Neill, who signed up to China’s Belt and Road Initiative and was hosted by  Xi in Beijing, was to have sealed the Ramu Two project 18 months ago but did not turn up at a signing ceremony with PNG’s Governor-General.

The Australian understands power from the project would cost an estimated US20c per kWh, including the cost of constructing transmission lines to get the ­energy into the grid and to the mine. This is almost double the cost of power provided by other hydro plants in PNG.

The plant, scheduled for completion in 2024, would also be one of the world’s most expensive hydro projects, with a construction cost of at least US$5m per megawatt.

The planned 1800MW Karimui hydro project, in Simbu Province, is costed at US$2bn, about $1.1m/MW. Indonesia’s Soma Power is developing a new plant in Sulawesi for $3m per megawatt.

In a statement on its website, Shenzhen Energy said it had been “vigorously” developing its overseas business under Beijing’s Belt and Road Initiative, which is ploughing unused Chinese capital and industrial capacity into global influence-building projects in Asia, Oceania, Africa and Europe.

In a move that shocked Australian security officials, Duma — a strong advocate for Beijing — last month announced Huawei had been selected to complete PNG’s domestic internet cable project, funded by a $274m (US$198 million Eximbank loan.

However, The Australian last week revealed the Turnbull government was in talks with PNG to finance the cable network, in a bid to shut-out the Chinese telco.

The Australian also revealed last week that Malcolm Turnbull and O’Neill had set in motion plans for a joint naval base on Manus Island, edging out Chinese interests.

Graeme Smith, from ANU’s Department of Pacific Affairs, said PNG’s main concern with the Ramu Two project should be value for money, and Chinese ­energy companies tended to “over-build”.

“PRC hydro companies tend to build dams as big as they can, and local governments then look to attract power-consuming industries — such as fertiliser producers and smelters — to soak up the excess capacity and boost revenues,” he said.

Lowy Institute Pacific program director Jonathan Pryke said China had committed more than $5bn in aid to PNG since 2011, including $3.5bn on a single national roads project, but it had spent just $400m in PNG in that same period. “If China were to follow through on all of its commitments to PNG, it would emerge, by far, as their most significant donor,” he said. “But we are seeing a lot more promise than ­action.

“PNG should proceed carefully with any multi-million-­dollar loans, ensuring they are competitive and affordable.