PNG PM to check whether breaches were criminal 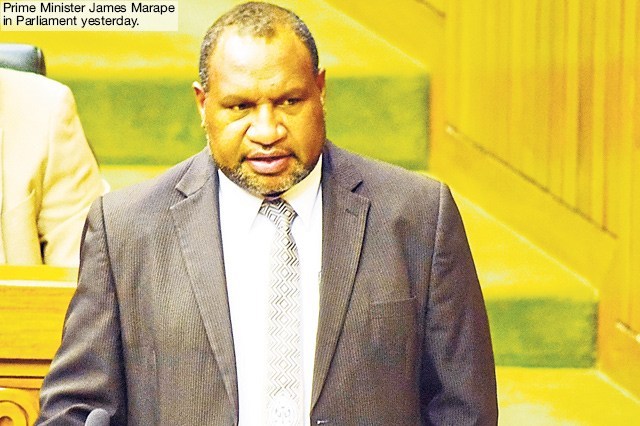 Marape said in a Facebook post: “I realise the need for further and deeper investigations to ascertain whether myself or other players involved in the UBS transactions, especially companies, banks, financiers and middlemen and leaders could be charged criminally instead of just leadership issues raised in a leadership conduct-based investigation.

“I was mentioned twice and that I was called to sign a deed document based on cabinet directions, plus a Kumul Consolidated Holding Ltd Act section 46 where I am required to sign through their advice and I will defend myself but this UBS saga is not only about me but the entire processes, all involved including big companies like UBS and Oil Search Ltd.

“I am now in the process of consulting the ombudsman and judiciary on the composition of inquiry as well as terms of the inquiry that should leave no further stones unturned.

“The judiciary and ombudsman will be requested to take the lead in setting up the terms of the enquiry plus the composition of commissioners so that fair investigations are completed at the earliest with no disruptions.

“This is where any of you with any evidence can bring forth. I am seeking legal advice on whether this inquiry can look into other or all corruption issues while we await legislation passage for independent commission against corruption that we intend to pass under my government.

“I am not here to protect any one, including myself, but let’s put up a fair system that should deal with justice.

“(I) will release formal press on this one early next week.

“In the meantime, the police, the public and anyone interested can pick a copy of this report by OC and read it in its entirety, pass your judgments and if you want to assist on this matter please do so at your pleasure.”

The OC report into the controversial UBS loan was tabled in Parliament on Wednesday and Marape called for a Commission of Inquiry into it.

The 179-page report and additional attachments of more than 100 pages was earlier leaked to the public during recent political manoeuvring. It was signed off by Ombudsmen Michael Dick, Richard Pagen and Kevin Kepore.

The report stated that the conduct of the then Minister for Finance James Marape was wrong and improper when he approved the payment direction deed for National Petroleum Company PNG when it was not properly established.

The report also found that the then prime minister Peter O’Neill’s conduct was wrong and improper when he committed the State to purchase 149, 390, 244 shares in Oil Search Ltd without proper approval from the NEC.