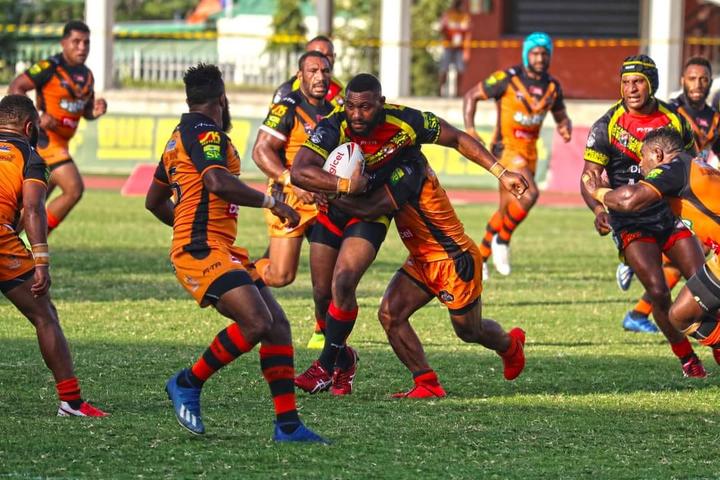 As Papua New Guniea’s national rugby league competition begins its final series there is a hope that larger crowds will be allowed in the near future.

The Digicel Cup heads into the first round of the series this weekend with all six matches, including the grand final scheduled for October, being played in Port Moresby.

The domestic competition saw the return of spectators last weekend with 4,500 supporters allowed into the stadium and while restrictions remained at 30 percent capacity, Competitions Manager Stanley Hondina, was hoping that all final footy games scheduled from next week onwards could be played in front of a stadium at 50 percent crowd capacity.

“We are doing the submissions with the numbers justification as to why we should increase it and we will submit it to the Controller early next week for consideration,” he said.

Hondina said having spectators was important for the game because it lifted the standard of competition and results.

“You know our boys, the Melanesian boys, they are used to the noise and cheering and their family at the back of them, that gives them a reason to play even harder so it really worked well for us and I think it was beneficial for us [to have the restrictions lifted].

He said having crowds back was something everyone looked forward.

The Hela Wigmen will take on the Enga Mioks on Sunday followed by the Port Moresby Vipers v Mendi Muruks match at the Sir John Guise Stadium.

Minor premiers give back in memory of their founding father

The Rabaul Gurias have a week off after winning the minor premiership for the first time in eight years last weekend.

Hondina said it was a fitting occassion for the club, who dedicated their season to John Nightingale – a key figure in PNG rugby league who passed away earlier this year.

“They had a reason to play the way they played. They’re a top team in our competition but this year was personal for them when they lost their founding father the late John Nightingale,” he said.

Hondina commended the Gurias for putting half of their winnings towards an ambulance company in their province, to support the humaniatrian work that’s been done there.

“They really wanted to do something in his memory and surely, they came home winning the minor premiership and they deserve it.”

The Gurias will take on the reigning champions Lae Tigers, who finished second, in the major semifinal next week.

Meanwhile the PNG Hunters coach, Matthew Church, had been keeping his eye on the local competition after the Queensland-based Intrust Super Cup competition was cancelled due to coronavirus pandemic.

Hondina said although Church wasn’t there physically, he was still very much involved and was looking at talent for the 2021 squad.

“Due to Covid unfortunately he can’t be here and is still based in Brisbane, but he’s got access to all our data so he has his eyes on the players,” he said.

“He’s got access to our videos and we have a club account where all six games played during the week are cut compressed and loaded for him to look at. He’s got to know who’s playing well and who’s not to make his Hunters squad, so even though he’s not technically here, thanks to technology he’s very much involved and got his eyes on all our games.”