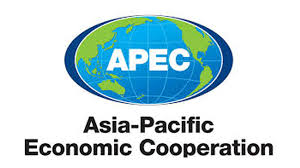 PORT MORESBY, 12 JULY 2019 (POST COURIER) – More than 20 national hire car firms claim the Papua New Guinea government still owes them about K12 million (US$3.5 million) for the use of their vehicles by security forces during the APEC Summit last year (Feb-Nov 2018).

Spokesman Rex Kambao said the firms are still being denied their payments by the government though all agreements were formally signed between them and the legitimate goods and services procurement authority for APEC.

“We have met all government processes which were endorsed by the department heads and they are aware of this and must not be in denial but take ownership to pay our outstanding monies,” Kambao said.

He urged Prime Minister James Marape to acknowledge his awareness of the issue and to address it.

“We have provided the services and urge that the PM give directives to the secretaries for treasury, finance and the chief secretary to sort out our outstanding payments,” he said.

Kambao said the delay of the outstanding payments has affected their business in regards to loans from the banks and financial institutions.

“We have costs to pay such as our companies labour, loans and others and the approach by the government is affecting our businesses as SMEs,” he said.

Kambao urged Marape to issue the directives to the respective authorities.

“Our fleets were hired by APEC and used by the police, fire services, defence and the Correctional Services under the JSF — the forces have received their allowances while we are still waiting for payment for our services,” he said.

Kambao said that this is the third time that they have come out in the media to raise this concern as it has been ignored.