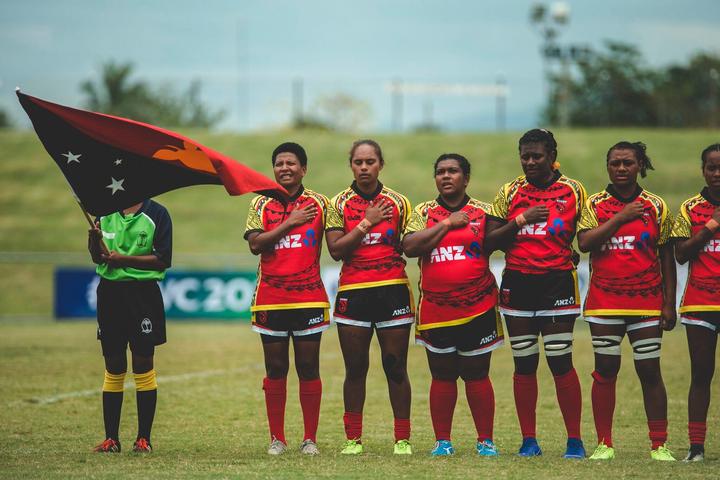 Papua New Guinea and Tonga will put their Rugby World Cup hopes back on the line in this weekend’s Oceania women’s repechage qualifier.

Tonga withdrew from the Oceania Championship three months ago after the team was [https://www.rnz.co.nz/international/pacific-news/403831/tonga-women-forced-from-oceania-cup-over-measles-concerns

quarantined for measles] but were thrown a lifeline after World Rugby agreed to a revised qualification process.

Fiji has already secured their spot after beating Samoa 41-13 in the Oceania qualifying final, with the winner of this weekend’s match in Port Moresby to playoff against the Manusina in April for a place in the final World Cup repechage tournament.

Papua New Guinea were thumped 65-12 by Samoa, 131-0 by a New Zealand Development XV and 40-22 by a Fijian Development side in November but Cassowaries (previously Palais) coach John Pangkatana said it was a campaign they learnt a lot from.

“In terms of our progress we learnt a few things from watching the [teams], especially the New Zealand team – they did very well – so yes we are looking forward to this match against Tonga and hopefully we can put on a better show.”

“We’re just trying to get our processes right and the systems that we played since Fiji. We’ll be playing against a real physical side so defence will be a big asset to us. If we can get that defensive pattern right then we should be all right.”

The PNG squad has been boosted by the inclusion of two overseas-based players and Pangkatana said the 26-strong squad has been putting in the hard yards during training.

“We’ve brought in two players from overseas, one from Canada and one [player] based in Darwin, Australia and one or two from the other provinces here so we’ve got five or six new players compared to the group that we took to Fiji last year,” he said.

“Training has been good, great, we’ve been training five days a week once a day so we’ve picked up over the last week and looking good at this stage.”

While Tonga was unable to take the field during the Oceania Championship, John Pangkatana is expecting the visitors to be determined to prove a point when they take the field at Bava Park this weekend.

He said the squad would need to match that determination if they had any chance of winning this Saturday.

“They’ll be more determined after being forced from the championship last year,” he said.

“They’ve had a long break in between so I’m sure they’re coming here to do a job and they did a good job on us last time and I am sure they are getting ready to do the job again this time so it’s going to be a tough one for us.”

“A spot at the 2021 World Cup is always at the back of our mind but we’ve got to take little steps as we go forward.”

“It’s a big ask for us to think about the World Cup but if we get all the little things right [and] definitely if we get a positive one this weekend, I think the picture will be more clearer.”