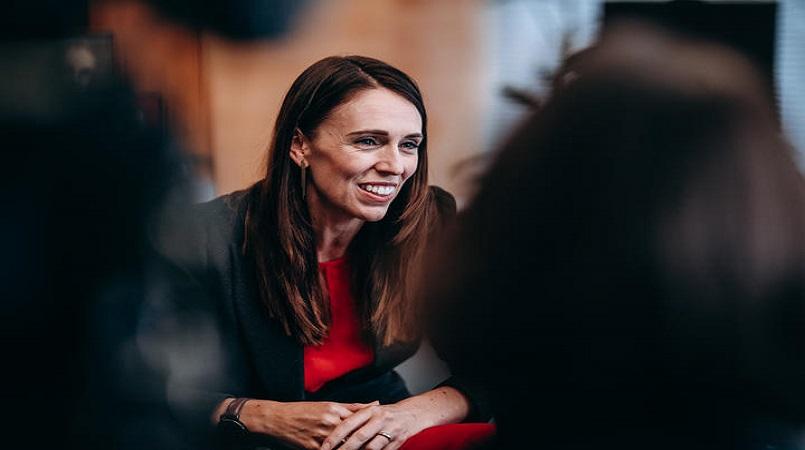 The Prime Minister heads to Fiji and Australia this week to meet with her counterparts, where very different conversations are expected on climate change.

In the case of Fiji, Prime Minister Frank Bainimarama is a strong advocate for action that will reduce global warming, not only in the Pacific but globally.

But in Australia, a key plank of Prime Minister Scott Morrison’s successful election campaign was his resistance to any real climate action.

It was 2016 when a New Zealand Prime Minister last visited Fiji, under Sir John Key’s watch. That visit followed a strained period between 2006 and 2014 when the relationship between the two countries had turned sour following Bainimarama’s military coup.

Helen Clark’s government put sanctions on Fiji – Foreign Affairs Minister Winston Peters held the role then too – and it was only last year that Bainimarama returned to the Pacific Islands Forum after being turfed out by Australia and New Zealand, and then him boycotting it altogether.

Since 2014 the country has held two democratic elections, with New Zealand sending election observers and declaring on both occasions the result was the will of the Fijian people.

Jacinda Ardern flies to Suva tonight, and is to be greeted with a full red carpet military procession on Tuesday morning along with a traditional kava ceremony.

She is scheduled to take part in a number of ceremonies before holding a formal bilateral meeting with Bainimarama followed by a private lunch, and then a meeting with the Opposition leader Sitiveni Rabuka.

While Ardern and Bainimarama will hold a joint press conference for travelling and local media, it’s expected the pair will read out pre-prepared written statements as it’s not custom for the Fijian prime minister to take media questions.

He’s not the only political leader that enforces that. Japan’s Prime Minister Shinzo Abe did the same during Ardern’s visit last year.

On Tuesday evening the red carpet is to be rolled out again for an official state dinner that will also celebrate 50 years of Fijian independence.

Ardern expects to address the ongoing work being done by both countries in the fight against climate change – an area the two wholeheartedly agree on.

“My goal is to continue to work alongside those where we have that like-minded position – just to further the work we do together,” Ardern told media ahead of her trip.

“So I won’t be focussing at all where there are differences of opinions, rather just the things we agree on, and between New Zealand and Fiji there is plenty that we agree around climate action in the Pacific.”

Being vocal about the need to do more on climate change, particularly in the Pacific, is not something Bainimarama needs help with, Ardern said.

Someone who has been turning a deaf ear to that message is Morrison, but Ardern said she’s always been careful “not to speak on behalf of anyone else’s policy – just to make sure we’re taking responsibility for our own”.

She said it was not that long ago at the Pacific Islands Forum in Tuvalu that Pacific leaders along with Ardern and Morrison spent the best part of 12 hours debating and discussing climate change, where many points were made loud and clear.

While climate change is the elephant in the room with Australia, there are difficult conversations with Fiji that Ardern could choose to confront or put off.

Democracy, a free media and free opposition are all complicated talking points with Bainimarama.

Ardern accepts there is debate in Fiji about all of those issues, and in the past New Zealand has raised its concerns around democratic elections and processes.

Ardern says if nothing else the last 12 months have demonstrated just how close New Zealand and Australia are.

Tragedy has strengthened the ties between the two countries following the 15 March mosque attacks, the Whakaari/White Island eruption, the Australian bushfires and most recently the coronavirus outbreak.

But Ardern acknowledges there are also big points of difference still impacting the trans-Tasman relationship, and she won’t be shying away from talking about them when she arrives in Sydney on Thursday.

“Friends speak frankly with each other, that’s the nature of our relationship – we do speak frankly – and I’ll continue to do so,” she said.

The ongoing issues around citizenship and Australia’s hardline deportation policy haven’t subsided and don’t look to anytime soon, with there being no appetite from Australian officials or leaders to loosen up.

This means New Zealanders who have been living in Australia most of their life continue to be deported back here if they fail to meet the good character test.

At the same time Australians continue to have free access to New Zealand with no reciprocal tough deportation rules being adopted in response.

Is that a weak position for Ardern?

“I think it’s a values-based position. I don’t want New Zealand to race to the bottom by saying we’re just going to continue to retaliate until we have nothing left,” she said.

“Our view has always been if you want to argue for greater fairness, the best way to advocate for that is to make sure you’re modelling it yourself.

“So we have retained a lot of the benefits for Australians who choose to live in New Zealand, with the expectation we see reciprocal arrangements in Australia.

“Australia is well within their rights to do what they’ve been doing. They’re not acting outside of their rights – what we’ve been pointing out is it’s not in keeping with the spirit of our friendship,” she said.

The hardline policy won’t be ignored though, with Ardern committing to raising it again, which she says has led to some change, but not a reversal of the policy.

Ardern’s relationship with Morrison is close – she recently received a call from him while in the middle of her weekly post-Cabinet press conference.

That’s the level the relationship is now at – officials aren’t left to do the talking – Ardern and Morrison simply phone each other and deal with urgent matters then and there.

The pair will have an opportunity to talk one-on-one in Australia with no officials or staff there recording or noting what is discussed.

While their meeting is set down for 20 minutes, the reality is it can last as long as they want it to until officials are allowed back in the room.

But don’t expect Ardern to lay out her views on climate change action, because while the pair are close, Ardern said she’s never been one to preach to other countries about their own domestic policies.